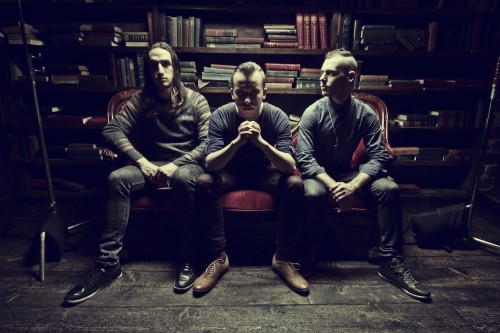 In support of their latest EP, Just Like, San Francisco-based, OWSLA-approved trio The M Machine are embarking on a North American tour beginning this weekend up until early March.

Primarily, The M Machine’s shows have centered on the overarching Metropolis concept in their music – including live instrumentation and their trademark M Machine light show, built by the group’s egghead member, Andy Coenen. However, with the off-tangent style that their latest EP brought to the table, the Just Like tour will be following suit, appealing to a quirkier, light-hearted night of dancing.

The M Machine will kick things off in Chicago this Thursday at The Mid, and throughout February, they’ll be bouncing around clubs and converging with other festivals, such as Frequency Festival in Edmonton on Valentine’s Day, LED Anniversary IV in San Diego a day later, and of course, spending a few days on the infamous Holy Ship!

A full list of ticket links can be found on their Facebook page. You can check out their new EP below, and get acquainted with the group in our Q&A with them.