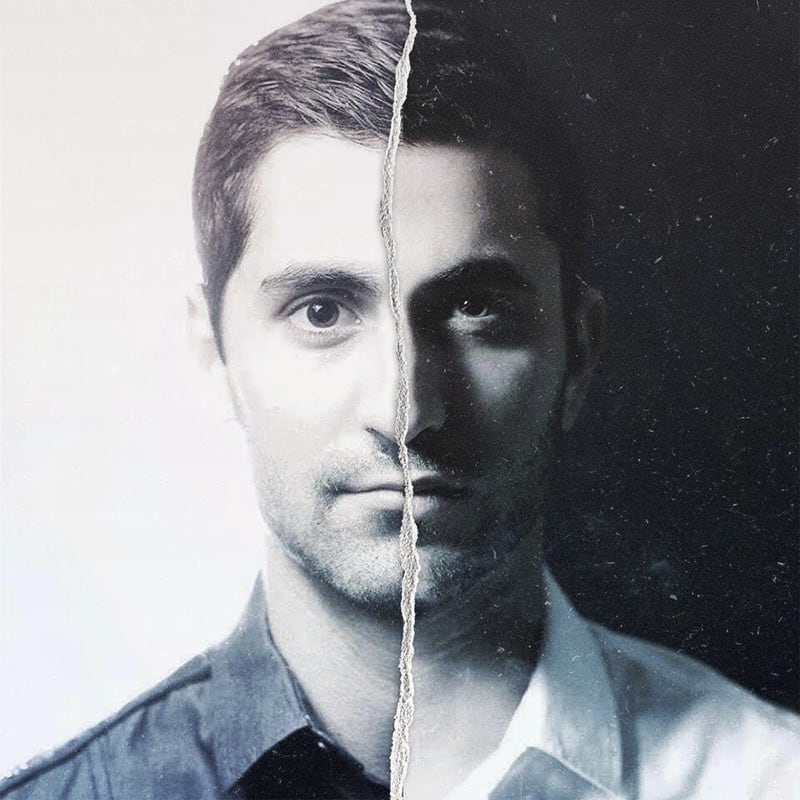 Formed in 2014 by Nicolas II and Aria S, Louis Vivet is a music and art project named after the first patient diagnosed with dissociative identity disorder (aka split personalities). The very essence of Louis Vivet’s mission is to explore to two sides of the human mind. The rational, civil side we see every day, and the primal, instinct-based reptile brain so very few of us ever contemplate.

“We had an idea of where we wanted to go with the themes, and came across old pictures and the story of Louis Vivet, who was actually one of the inspirations for Dr. Jekyll and Mr. Hyde. We were attracted to it because this whole concept allowed us to stay unrestricted to musical genres. Authentic to our interests. We wanted to play off our differences; we wanted to highlight our differences and turn that dichotomy into one of our strengths.”

Nick and Aria are as different as you can get, but each of their individual talents and faults complement each other seamlessly and the result can only be described as amazing. Nick, a visual artist and Aria, a Law Student and Engineer, feed off of each other’s energy to produce the art they find most genuine to themselves.

” We met through friends and Aria was playing a lot of parties at USC (University of Southern California). Nick was producing and we just linked up. We were just like “Hey you want to create a group.”

“We want to revolutionize the music experience from a live performance perspective. We want to incorporate everything from our music to our art and visuals into the live experience. It’s about an experience that truly resonates with our listeners. There's a definite sense of vulnerability when branching out from a “standard formula”. Rather than viewing this as a burden, we see it as a source of inspiration. Music is more than a simple form of entertainment. It tackles different emotions and feelings within all of us. Our wish is to bring you on an auditory journey that has no restrictions or boundaries. Whether it's progressive house or dark electro, there will never be a time when Louis Vivet is restricted by genre standards.”

Their debut track, a remixed cover of the Eagle Eye Cherry classic from the 90’s, ‘Save Tonight’, was released in anticipation of the duo’s debut originals coming out in early 2015 on Prep School Recordings and breathes new life to the 90’s classic. The duo is already hard at work on their next tracks and we can’t wait to see what they have in store for us!

“Nick came up with the idea to cover the song. We wrote the chords and then worked with our friends Gavrielle and Nick Goldston  for the incredible acapella. We were blown away by the duet. .Originally,we wanted to do a remix since we love the song, and wanted to make our own rendition, but ultimately we wanted control over the vocals. Doing a cover gave us complete freedom and it was exactly what we wanted”

“Our next single has the same atmosphere, but it’s less tropical. Mid tempo progressive. More melodic. We go into a project and we just start from scratch. We don’t have a reference track.”

2014 was a HUGE year for Nick and Aria. Not only did they release their debut track, but they won the Insomniac Discovery Project for Escape: All Hallows’ Eve 2014.

“We were so happy. We just took a gamble and they liked our songs. Insomniac is such an amazing company and we hope to work with them in the future. Their whole emphasis on creating an immersive experience melds really well with how we want to involve our visuals…it goes hand in hand with what the type of experience we hope to curate for our fans.”

Of course, like any great artists, Nick and Aria know that their success wouldn’t be possible without the fans that have supported them and the ones who will discover them and instantly fall in love with their infectious beats and melodies. This is only the beginning of what’s sure to be an amazing career for Louis Vivet, and rest assured that we at EDM Sauce will be there to keep you updated the entire way.

“We definitely want to play our debut show and unveil the vision we have for our live experience. We’re going to have a lot of releases. We can’t wait to put our music out and have everyone listening to. All the tracks are multi genre. And we can’t forget to thank EDM Sauce and especially our fans for supporting us. You can expect amazing things in 2015 and we can’t wait to get everything out and show you what we got!”

In this article:interview, Louis Vivet