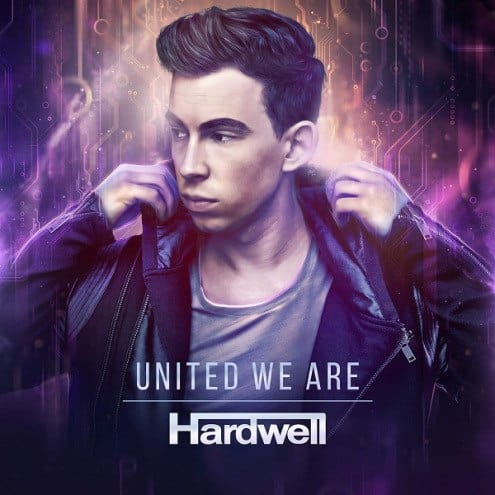 Hardwell has begun 2015 with the right foot, releasing his first-ever studio album: United We Are. Coming off a massive 2014 that saw him retain DJ Mag's No. 1 spot for the second consecutive year, Hardwell didn't settle and released a star-studded album with incredible collaborations.

Some of the artists that helped Hardwell put together United We Are include Tiesto, Jason Derulo, W&W, Amba Shepherd and Headhunterz. There are two available versions of the album: the Beatport Deluxe Version and the regular version. The regular version includes 15 songs and will run you $9.99 while the deluxe version is available on Beatport, includes 24 songs and will run you $16.99.

The difference? The 15-song regular version includes Dare You (feat. Matthew Koma) while the 24-song deluxe doesn't include Dare You but instead provides 10 additional mixes of the songs included in the regular version.

Some of the songs you might've heard in festivals, some of them you might've heard on the famous Hardwell on Air radio shows but they are all finally available to the public. According to his YouTube channel, Hardwell has released 21 compilation albums and claimed that for United We Are,

“I wanted to create a reflection of my journey as an artist that showcases my abilities as a producer, while keeping my foot in the DJ world. With United We Are, I wanted to paint a picture with my music of the unity that our scene has created around electronic music.”

Hardwell's second world tour (I Am Hardwell – United We Are) has started with today's show at the Amsterdam Ziggodome and will continue with another performance tomorrow.

Here's a United We Are Minimix Hardwell released on his YouTube channel:

Advertisement. Scroll to continue reading.
In this article:DJ Hardwell, edm, hardwell, New Album, United We Are