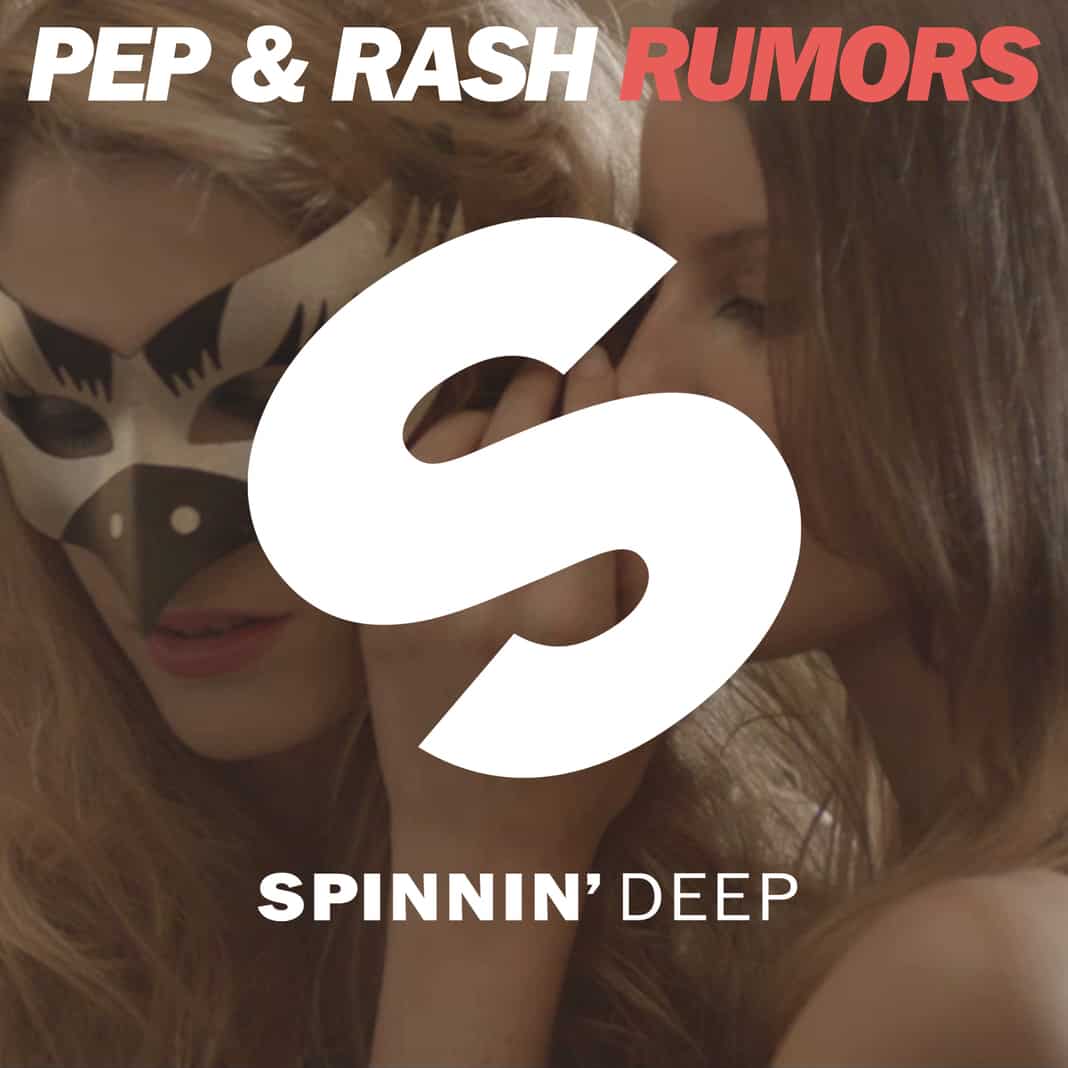 The cat's out of the bag. Dutch duo Pep & Rash is responsible for Rumors, the track that's been creating so much fuss and, well, rumors these last months. As of this week, the single is officially out on Spinnin' Deep, unveiling the true producers after months of speculation. Making it also possible for Pep & Rash to finally speak out on all the racket surrounding Rumors.

It's been a wild year for Pep & Rash. First the duo was critically received as the new stars in the Dutch house scene, underscored by the release of their single Fatality, which reached world fame when fellow Dutchman Quintino came up with his edit of the track.

What followed was even more bizarre; their (unidentified) track ‘Rumors' suddenly got support from all of the top DJs like, Tiësto, Martin Garrix, Hardwell, Nicky Romero, Afrojack and Firebeatz playing it, as well as house heads like Laidback Luke, Oliver Heldens, Martin Solveig and The Magician -the single simply was omnipresent.

Meanwhile DJs, blogs and audience were going wild over the producers behind it, even resulting in official statements saying who ‘really' was responsible for it. Oliver Heldens even went on Twitter stating that was not behind this song, he just played it a lot in his Heldeep Radio shows.

Here's their first reaction after keeping quiet for so long on Rumors.

First of all, how and when did you produce this track?

Pep: “Early October I believe. We were working with this female vocal sample, but wanted to play it in another pitch. So we slowed it down, which sounded really cool, and then added some chords and effects.”

Rash: “We liked the result, kind of a mixmash of minimal, deep and future house, but most of all a real Pep & Rash signature sound.”

‘Rumors' then surfaced as an unidentified track, getting support from all the main DJs who played it live and in their radio shows. Were you surprised how widespread the support was?

Rash: “Well, yeah. We knew it was a good track, but never expected it to go so far. Then DJs like Tiësto, Hardwell, Martin Garrix, Afrojack, Nicky Romero, simply EVERYBODY started to play it! That was a huge honor.”

Pep: “I also liked it when Pete Tong mentioned my father in his radio show, saying he used to play in (Dutch band) Shocking Blue, that scored a big hit in the 60s with ‘Venus'. Getting played and mentioned by so many DJs is the kind of thing you can only dream of when you're just getting started.”

Same goes for the hype that followed, everyone guessing after the true producers behind ‘Rumors'.

Rash: “Our social media has been a madhouse. Friends, colleagues, family sending us messages whenever the track got mentioned. At one point Shazam called out it was Oliver Heldens & Mr Probz, also a huge honor by the way. But we never responded to anything and simply went along with the ride. It's funny to see a thing like this evolve and reach bigger proportions every day. But I guess it means we're on the right track!”

Finally, how do you explain the success of ‘Rumors'?

Pep: “It's probably the combination of deep and mainstream sounds. There's heavy, mainstage elements as well as a sexy, groovy sound that also reminds a bit of underground house music. Which is ideal for festivals mainstages but also clubs and radio shows.  I think this blend of sounds is coming up more and more, the housey vibes are coming back again, and we're happy to be part of it!”