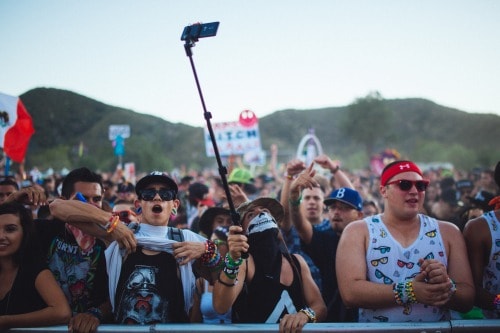 Selfie Sticks have been banned from a bunch of major British music venues. Places like SSE Wembley Arena, O2 Academy Brixton, and many more venues are no longer allowing these devices in.

NME acknowledges that taking pictures is part of the live music experience, however anything that blocks viewers is not wanted. A spokesperson for the Wembley SSE arena spoke to NME and they had this to say. “The sticks might mean you are refused entry to the venue so our advice is don’t bring them and stick with the tried and tested use of an arm.”

If you don't already know what a selfie stick is, It is basically a device that can hold your phone from farther away to capture a more engaging photo.

Something tells me we are going to be seeing a lot of this happening, If too many people have these sticks it could potentially ruin some peoples experiences by not being able to view the show.