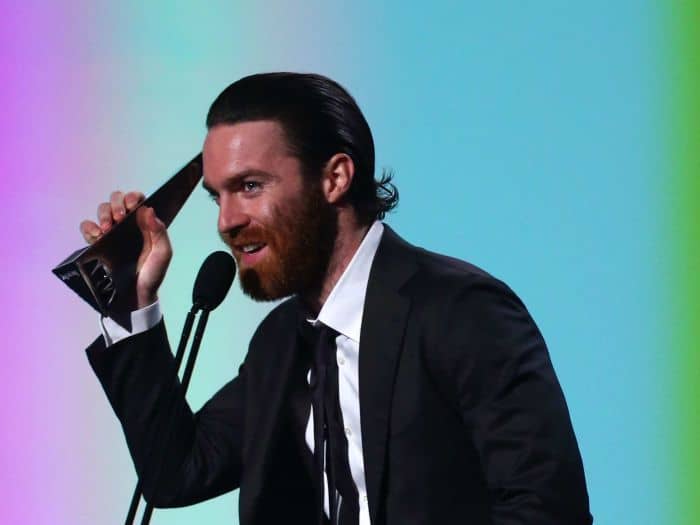 Aussie Nick Murphy AKA Chet Faker is on an exhilarating ride at the moment. He's one of the slightly larger fonts on Coachella's Saturday lineups this year and he's coming off an epic appearance on The Ellen Show with a band. The success of his debut album “Built on Glass” (iTunes link) is an inspiring story of the hipster hero with a captivating voice who merged electro soul with vintage R&B. He won five awards including Best Male Artist at the ARIA Awards in his native country.

In a new interview with ABC News Australia (full story here, uploaded today), Faker discussed plenty of topics that were previously seldom discussed like the tribute to 1950's Jazz artist Chet Baker (a Melbourne, Australia native as well) who inspired his name and working with Flume, his success, and other creative processes.

Faker said of the late 50's legend, “I liked the idea that Chet Baker represented for me… that you didn't have to be technically amazing to make good music… you could actually take your flaws and make the music more powerful.”

“When he started singing, you could say he sucked.. but he didn't,” and he goes on to say “Imperfection is as human as anything.”

On “Built on Glass”: “I had to do it myself, it was my first album. You only get one first album, ever. I wanted to do everything even if I sucked at it like the ‘Chet Baker approach.' There's plenty of wrong notes in there and bad timing but he embraced it.”

On Flume: “Harley's like the ying to my yang…I second guess everything I do musically and I often could spend hours on, say, one snare sound. Harley's very good at, like, ‘Nah, man. That's fine. Like, let's just do the bass.' Which is good for me. It took me two years to do my album. We did that Drop the Game EP in three days. So, it's been more successful than my album, so maybe I just need to think less.”

With a tinge of rebellion and a hint of genius, Chet Faker has a sense of humor and genuine humility when he connects with fans and media that resembles an indie dude focused on soul and brings a complicated edge to the table. We're looking forward to 2015, Chet. Check out the link below and watch the interview.