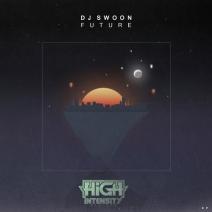 DJ Swoon released a new EP yesterday entitled ‘Future' via High Intensity Records. The New Jersey-based youngin' has been droppin beats since the mere age of 16, when he left his band to pursue his dream of becoming an electronic producer. Heavily influenced by biggies such as Flux Pavilion, Zedd, and Knife Party, DJ Swoon's (birth name Julian Scanlan) new EP is a great listen, mixing House, Dub, and his own unique sounds and vocal samples. Honestly, I'm rather impressed. Check out the 6-song EP below and let us know what you think!

Before Julian Scanlan was known as Slushii, the DJ and producer once went by the name DJ Swoon. During the ages 12 to 16,...