Event Up and Coming 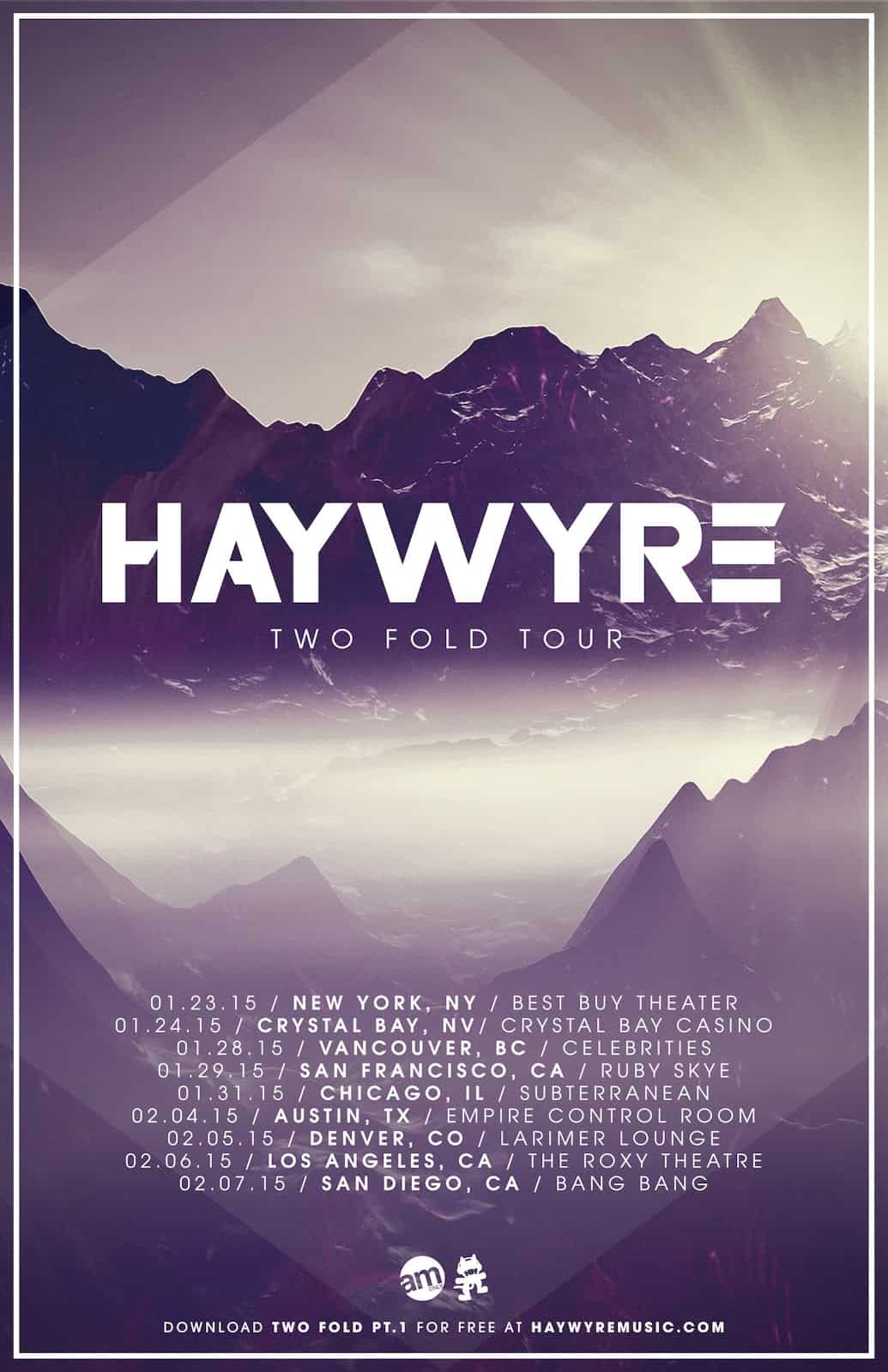 One of the most appealing young artists to emerge from the scene in 2014, Haywyre has finally landed a solo tour and it looks to be a special one with nine dates in January and early February 2015. Over this past year, he finished school and played on two different tours with Gramatik and Matt Zo. “Two Fold Pt. 1” was his last EP and the Tour will bear its name. You can download his album for free here.

Martin Vogt (Haywyre) moved to the U.S. from Austria in 2008 and has steadily gained respect from all corners of the electronic scene for many reasons. His piano/keyboard skills (shown in this improvised “Smooth Criminal” video) have inspired the culture of EDM while making Haywyre's funky sound that much more appealing in a live setting. We had a chance to speak with him during an interview last year.

Check out the Tour dates below and go to Haywyre's website for info and ticket announcements. There are full dates below with other links. This is an artist you don't want to miss!

Mazare has finally unveiled the full force of his debut EP Paracosm. Calling on an extensive feature list including the likes of CloudNone, Bloodhounds,...