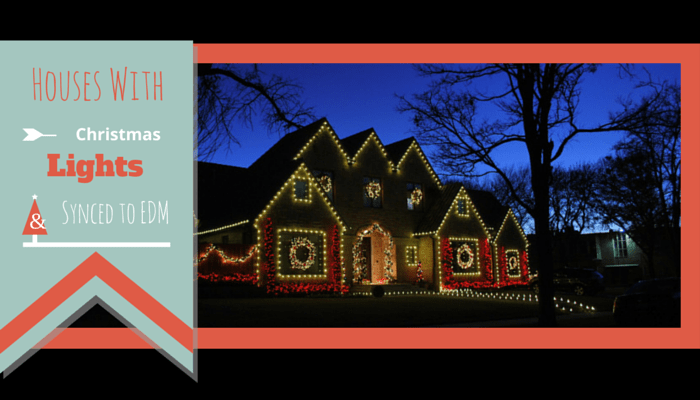 Whether or not you're ready for the holiday season, you'll have to admit that these 8 houses are doing things right. Below you will see 8 examples of EDM fans with a bit too much time on their hands. Watch as these amazing works of art, lights and music come to life in the videos below.

1. Darude – Sandstorm
What's this song name again? Well besides all of the memes, Darude's “Sandstorm” is one of the most popular EDM tracks of all time. Watch as this house syncs 30,000 lights to this classic track.


2. MADRIX Christmas Light Show 2011 in Fountain Valley, CA
Damion in Fountain Valley decided to install this light show at his friends home and dedicate it to the memory of his friend who passed away in May of 2011. The setup consists of 54,020 LEDS and is truly jaw-dropping.


3. Techno Mix Christmas 2010
While this house seems to be a bit less extravagant than the other houses we've listed, it sure does get the Job done.


4. Skrillex – Equinox
This house decided to step things up a notch with Skrillex's “Equinox” synced with 35,000 LED lights.


7. 2014 Johnson Family Dubstep Christmas Light Show
Just like the previous year, the Texas based Johnson Family really out did themselves. Watch the dubstep-themed Christmas light show that you can watch in San Antonio, Texas. “There are no inflatables, characters, blow molds, or other “traditional” elements. Even the music is not traditional Christmas music; it is a custom sound track composed of Dubstep, EDM, hip hop, movie clips and even our children!”

Post by EDM Sauce.
In this article:Christmas, Holiday, Holidays, Houses