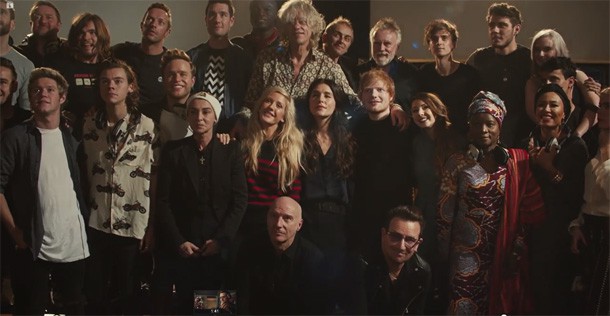 “Do They Know It’s Christmas” has only been out two days but has already been named the fastest selling single of the year. The record is a remake of the 1984 release [which also had a star-studded list of artists featured on it] and is currently celebrating it’s 30th anniversary + raising money to fight Ebola. One Direction, Ed Sheeran, Coldplay, Bono, Ellie Goulding, Sam Smith, Rita Ora and Sinead O'Conno [& more] all came together to sing the song and help raise money, but there were multiple rumors that UK garage house duo Disclosure would also be included on the release – that was false. According to a Representative of the group who spoke to Pitchfork, Disclosure has “No planned remix or involvement [with the single] of any kind, unfortunately.” Bummer, this one could have made the boys even more famous then they currently are, regardless of the fact that it is not the coolest song or most catchy, but it most definitely will take over the radio waves over the next couple of months. Listen below: