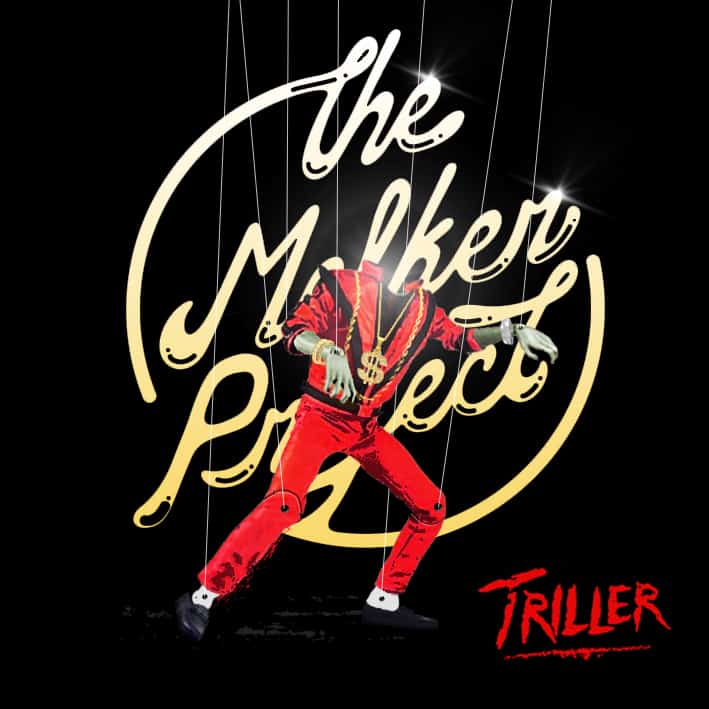 Get ready for easily the most creative remixes you have heard in quite awhile. Scott Melker aka ‘The Melker Project' is known for taking classics and giving them a reboot that will make your mama blush. His past works include such edits as, ‘The Red Hot Trilli Peppers' and ‘Ballin Oates'. While those were impressive enough to gain the producer a fan base of over 100,000 his latest project is a bit more of an undertaking.

It takes a mad man to want to remix one of the most successful tracks and albums of all time. Lucky for us Scott Melker is a mad scientist with a true gift for bringing some modern day filth into some pop classics. The king of pop's undisputed smash hit ‘Thriller' has been transformed into a banger by The Melker Project. ‘Triller' adds a hard vocal rap verse and the classic trap kick/snare combo. But the excellence does not end there. It continues throughout each song of the Thriller album. Reworking each track with a famous rap verse and bringing each tune up to date and making them fit for the club, car, or anywhere else you feel the need to get down. Check it out below and grab your free download of the entire album today through the artist's Soundcloud. While you are at it, check out The Melker Project's official website too.

In this article:The Melker Project, Triller