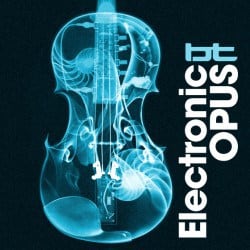 If anyone in the dance music industry is enthusiastic about real, organic music, it's BT. The former film composer has recently been very intrigued with blending music and technology, which lead him to team up with the award winning ‘Video Games Live' producer, Tommy Tallarico, and ‘TanZ Group' to create a unique electronic music project unlike anything that has been done before.

Sounds amazing right? Record companies don't think so. BT explains ‘Whenever we would bring up this idea with record companies and executives, they wouldn't take us seriously. They don't believe that people who listen to electronic music would fully appreciate the symphony experience and vice versa'.

Although we know that's certainly not the case, as trance is some of the most emotionally captivating music in the industry. Without a studio backing, BT is asking for our help to help him reach the goal of $200,000 to complete the project. Fans seem to be thrilled by the idea, as they've almost reached half of their goal with 26 more days to go. Fans who choose to donate to the project can choose from an array of rewards, such as buying the album, memoriabilia, VIP backstage passes, video conferences with BT himself, and even invites to the album release party.

Once the album is complete, it will be played live at Miami Music Week in a first-of-it's-kind, high-energy album and live concert experience in March 2015. We have no doubt the end result will be nothing short of amazing, transforming the way people think of electronic dance music.

To donate to the Electronic Opus project visit BTmusic.com/kickstarter. Learn more about the symphonic orchestra experience below.