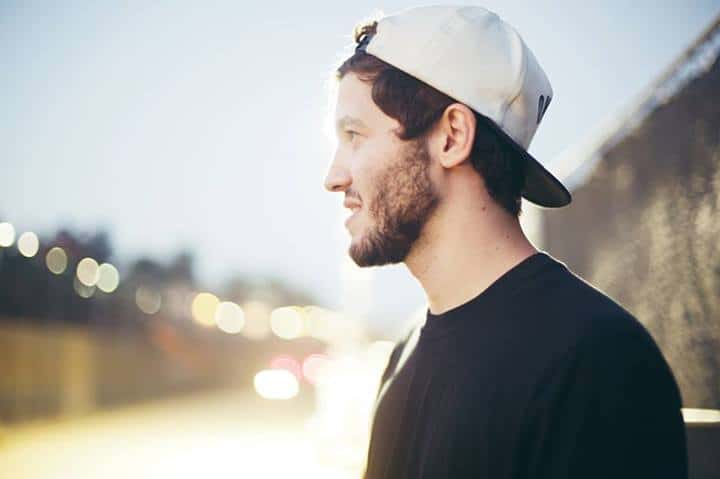 Watch this great documentary called “Searching For Sound” where Harry Rodrigues AKA Baauer sets out to record sounds that he and and partner, producer and mentor Nick Hook, have “never heard before” in preparation to record his new album. By traveling to distant cultures and countries with unique cultural traditions in music, the producers share their incredible perspective with us as they expand their horizons in the Arab Emirates and Japan.

The documentary lasts just under 30 minutes and captures some amazing tribal performances while showing how Harry and Nick impress with creative translation in the studio and with real instruments. The recorded sounds of temple bells, volcanoes, and monk drums are just a few samples that the duo uses in their final products.

In one segment, Harry shares after listening to an Arab performance,  “Originally, the tribal chant was used as a form of communication through mountain villages. I thought it was cool how they used the reverb in the mountains to help increase the distance the sounds could travel. Now, with modern technology, the tribal chant has evolved into a form of performance that is passed down through the generations to preserve their cultural heritage. I really like that way of preserving old traditions and sounds.”

From working with Jay-Z and others to his success with the “Harlem Shake,” Baauer is just beginning his incredible career. With some very enlightening experiences and the help from his mentor Nick, there are some special things happening here. The inside look into Baauer's ability and curiosity is inspiring and exciting for future creation. He says, “I'm always going to be trying different, weird things.”

Check it out and let us know what you think. Follow Baauer:

Electric Zoo hosted its 10th edition this past weekend. While fans were blown away by the festival which is now headed by none other...

Flume Posts A Photo In The Studio With Baauer and KUČKA

It has been quite a while since we have heard any new music from the Aussie Superstar Flume. While we know he has been...

Baauer Has Announced His Return With ‘New Stuff Soon’

Despite suing the FCC for illegally sampling “Harlem Shake,” Baauer has been relatively quiet with new music. Just four days ago, Baauer took to...