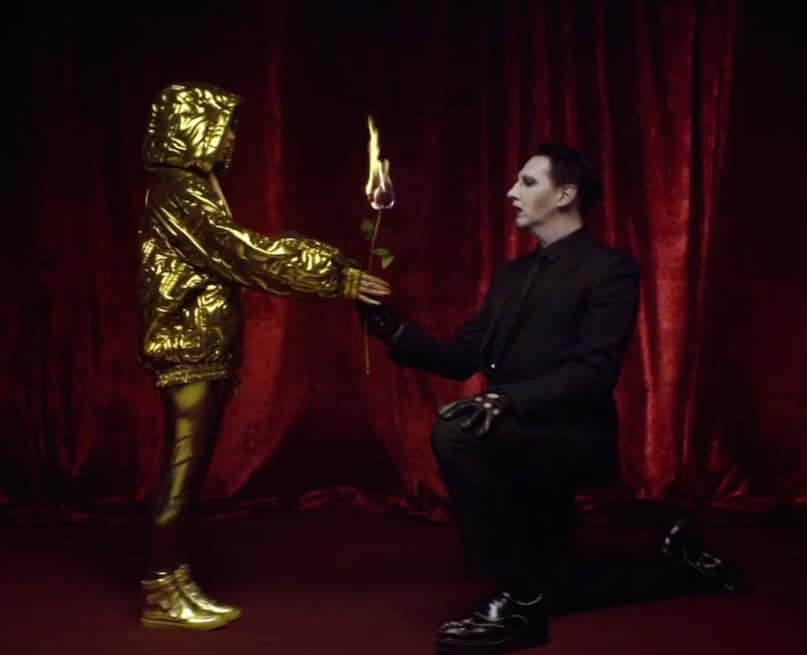 Yesterday we posted a story about how Marilyn Manson brought Johnny Depp and Ninja of Die Antwoord up on stage during his performance at The Roxy theatre. Now it seems that Ninja's new best friend is that of Mr. Marilyn Manson.