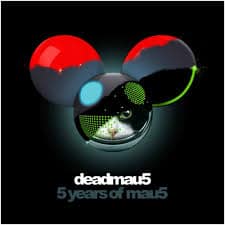 Deadmau5 was recently chosen as the featured artist in the Honda Stage Summer Concert Series. He will be performing a free show at the Knockdown Center in Queens, New York on November 11, showcasing the brand new 2015 Honda Fit. However, if you can't make the show, the concert will be streamed live on Honda Stage’s YouTube channel, so fans are enjoy the show from virtually anywhere! The live-stream is set to air at 9 p.m. EST, but is subject to change.

Fans listening to the show will be able to catch a glimpse of Deadmau5's anticipated album, 5 years of Mau5 which will be released on November 25th.

Check out a teaser for the event below, featuring deadmau5 and IndyCar driver James Hinchcliffe gearing up for the show, and be sure to tune in on November 11th on Honda Stage's YouTube channel.