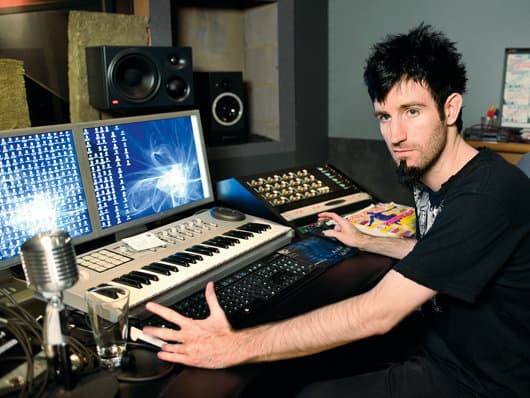 Rob Swire of Knife Party fame gave fans another sneak preview  of the duo's upcoming debut album by releasing a teaser track for 404. The song definitely has a techie vibe to match the title, featuring crunchy C64-esque chiptune inspired leads and samples straight from the Windows OS. It's only a teaser, but this track is a big one and should give Knife Party fans even more to look forward to. Mr. Swire has some more preview loving over on his soundcloud for those who just can't wait for the album, Abandon Ship,  to drop on November 10th.

In this article:Knife Party, Rob Swire