A State of Hardstyle Dance Music: Interview with Audiofreq
Advertisement 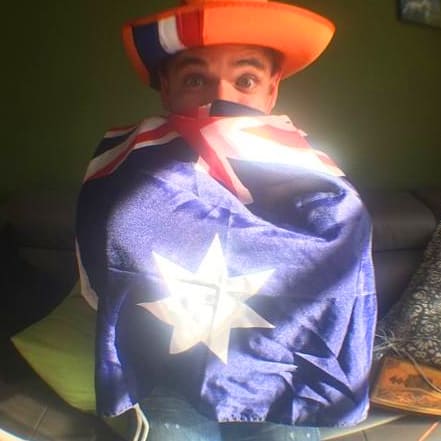 Unlike mainstream electronic music, one brand of dance hasn't felt the effects of an abrupt propulsion into the spotlight; hardstyle. Although the harder styles of electronica haven't yet hit American radio waves, the scene is most definitely accelerating in that direction. Australian hardstyle pioneer, Audiofreq, let me interrupt his dinner a few weeks ago to discuss the state of hardstyle in the United States. After talking about the culture, the music, and the scene for a better part of an hour, we were able to come to one, solidifying conclusion: Support the local talent.

“I think what’s most important is that people support their local scene whether the bigger artists are there or not. Hardstyle grew in Australia in 2004 / 2005 and the reason why it grew there is because people caught onto the sound; they started supporting the local promoters and local artists. From there, years down the road, it grew into a solid foundation and we're seeing Australia hosting their own Defqon.”

Most American hardstyle fans are ready for Defqon, but is the dance music scene as a whole prepared?

“For the last 12 months I've played a lot of U.S. events. The growth that I've seen isn't exponential, it’s linear and smooth. The idea of Defqon in the US could be really, really cool, but are the people ready?”

From the time in which hardstyle was first exposed to Australia (2004), it took the scene almost 10 years to reach a point where the necessary support structures could provide an event like Defqon (est. 2011).

“Defqon is a huge event, it’s not just one hardstyle stage. There are no Guettas at Defqon, and it’s that kind of name that draws people to U.S. events. At a Defqon there are going to be names that fans haven’t heard before, and styles that are much rougher than people expect. I think it could be fantastic. If Q-Dance throws a Defqon, and it’s successful; GREAT. That leads to growth. I am a little bit scared and cautious. There are some fans who really want a Defqon, but what if it doesn’t work? It takes a lot of growth. It can be very difficult to geographically unite so many people. Not to say I don’t want it to be successful, but if it does come, we will support the acts and support the promoters.”

On the outside – it might look like we're all at the mercy of promotion. If you're buying a G.A. ticket to EDC, you probably won't get to give your input as to who's playing. This idea isn't entirely accurate. We choose who plays the  big events, by who we decide to support at the smaller ones:

“As a promoter it takes a certain amount of balls to bring in hardstyle. At events like Mysteryland and TomorrowWorld, hardstyle is there because Q-Dance is a huge part of ID&T. They already have the connection which is really good to help exposure people to the sound. For someone like Ultra or Electric Zoo it could be quite difficult because they are so used to getting the mainstream acts. This sound is so much harder than what they already know. It can be a risk, but ultimately it’s up to them to decide if they want to take that risk, for it to grow. Once again, it goes down to supporting your local acts and your local producers. Promoters aren’t stupid. If they see a demand for a sound they will put that sound there. It’s that simple. It’s their Job. If they feel that in Miami there is enough of a need for a hardstyle stage; they’ll do it.”

Not everybody can be Tiesto; deadmau5, Armin, Avicii – it's vital to remember that the opening DJs are usually working just as hard, if not harder, than the headliner that you're going to see.

“If you want the big things; invest in the little things. This is the common theme. So many people want the fantastic stages, but if we aren't faithful and attentive to the little things then the promoters can bring the big stuff. We can’t expect a hardstyle Christmas in America if we don’t get through the smaller holidays before.”

The American Music Industry is influenced heavily by branding. We represent what we love with symbols, clothing, jewelry, etc… Hardstyle has started to find it's brandable niche in the U.S. with the growth of Q-Dance. Whether or not you can recognize the world's biggest hard dance DJs by face, you probably identify the large orange & white “Q” with this particular music genre.

Hardstyle is growing at different rates, and the west coast has come out ahead:

“I used to do UK Hardcore before hardstyle and it was a lot more popular on the west coast. The west coast has more of a rave culture that’s added on to hardstyle. On the east coast it’s still growing. The music culture that they’ve had over the past few years is completely different. The west coast is a little more experimental – looking for a new sound – whereas the east coast is a little more traditional – holding on to what they already know. That permeates through hip hop and rock music, all the way through now to electronic music. I don’t necessarily think that’s a bad thing, it just takes a while for people to be able to break out of their comfort zones and then they’ll be able to relate to what’s happening with harder music.”

Unfortunately, with positive press, comes negative. The familiarity of overstimulated media outlets publicising drug-related incidents at raves and festivals has become too comfortable. Hardstyle is no different:

“People have been taking drugs to music before time was time. Once we discovered we could take mushroom and clap some sticks together we’ve been doing that. It’s not all of a sudden this phenomenon that it’s being made out to be. It’s been there, always. As people mature in the scene, individually, they begin to see certain things that they don’t like. It’s not the scene that changes, its people’s perception. Sometimes, it’s that people have taken too many drugs (or, not enough). Let’s think Woodstock. People would take a bunch of acid and go nuts – free love. That’s our parents’ generation. Before that there was prohibition, etc… We didn’t start that. Some people see it as a bad thing, some people see it as a good thing, but ultimately it’s about enjoyment, and not taking everything so seriously.”

Advertisement. Scroll to continue reading.
In this article:Audiofreq