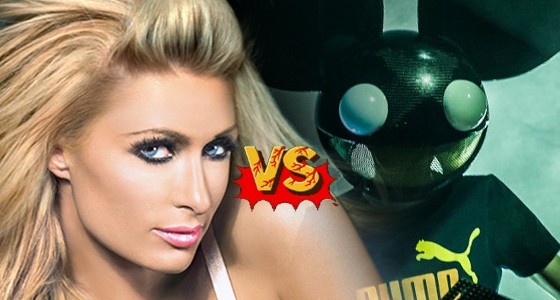 It's no news that when it comes to Paris Hilton and her “DJ'ing career”, Deadmau5 has no problem in calling her out and throw a shade here and there. In a recent interview for The New York Post, Paris revealed that for every gig she is paid roughly $1 million, which is an exorbitant amount considering that not even Calvin Harris and Deadmau5 together make that much per gig.

Obviously these News were not received very well by Joel Zimmerman, who brilliantly wrote a response called “go karts.”

“so paris, thank you… were actually not even mad you're enthusiastic about electronic music… we love that you're a part of our party. But please, get the fuck back in your go kart. No need to prove that you found someone stupid enough to consider paying you a million dollars for something the world knows you aren't because here’s what you actually are to everyone who knows better.. ticket sales. nothing more.”

In this article:Deadmau5, Paris Hilton