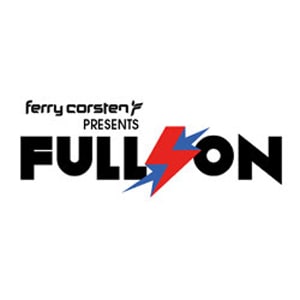 For those who aren't familiar with Ferry Corsten's “Full On” performances I'll start with a bit of Ferry history. 2007 was a big year for one of trance music's most iconic producers. In addition to the launch of his international radio show “Corsten's Countdown”, he also inaugurated “Full On” in Rotterdam:

“When FULL ON first started, I would play 8 hours and have everyone come on stage and play with me; back to back.”

“I always look for the guys who would fit within my own genre in a way. My genre, what I play, goes pretty wide. I will play big room, on one end, and I will play deeper / trance stuff. Anybody that falls in that space, I would invite. I look for guys that would fit, but who are also a little more interesting than just straight-up trance DJs. “

Eventually, Ferry began to let his creation start to develop and bloom without positioning himself as the centerpiece. Instead of playing a marathon set with support from other DJs – the FULL ON events transformed into a display of talent with Ferry representing the support for each act:

“We had a chance to go to Ibiza with it. We couldn't do a full 8 hour set, so instead it would be a few DJs and I’d do a back to back at each change-over. We just did another season, this year in Ibiza, it’s amazing. Last year was FULL ON's first year at TomorrowLand. We had our own arena. Then we did TomorrowWorld in 2013.”

Through the development of his radio show, Corsten's Countdown, and FULL ON, Ferry Corsten has put himself in position to stand at the firing lines of up and coming talent in dance music:

“The nice thing is getting to be the host. I play back to back with everybody. I introduce everybody. But yet, at the same time, all the DJs get to play their own set. They don't have to think about how to fit their sound to me. It’s actually the other way around; I adjust to them. It gives the audience a family feel between the DJs. It’s like a good-old jam session. With these changeovers, going back to back, I don’t know what they’ll play, they don’t know what I’ll play. It’s all about the fun.”

We got to experience Ferry's ‘fun' first-hand at TomorrowWorld 2014 where his FULL ON mission took over the festival's largest tent on Sunday. There's an astounding difference between hosting an event such as FULL ON and playing a 90 minute showcase on the mainstage:

“Obviously at the main stage you can bang your own tunes – everybody going crazy. That’s great, but what I hate is the battling for set times. But FULL ON is all day; everyone is so chill. All the DJs know that we have a change-over time; it’s so smooth. There’s never a fight between DJs over time. We don’t need that. I love this, but I also love main stage.”

The idea of having featured areas at festivals is slowly starting to catch on. We loved the FULL ON tent at TomorrowWorld, in addition to Diplo's Mad Decent stage and Skrillex's OWSLA arena. We hope that these venues will help draw curious crowds away from the mainstage and towards music discovery. At the end of a festival, the only feeling better than saying “I saw everyone who I wanted to see” is saying “I can't believe I had never heard of ______ before.”

For more info on Ferry Corsten and the other artists who performed at TomorrowWorld's FULL ON event, check out their soundcloud pages here: