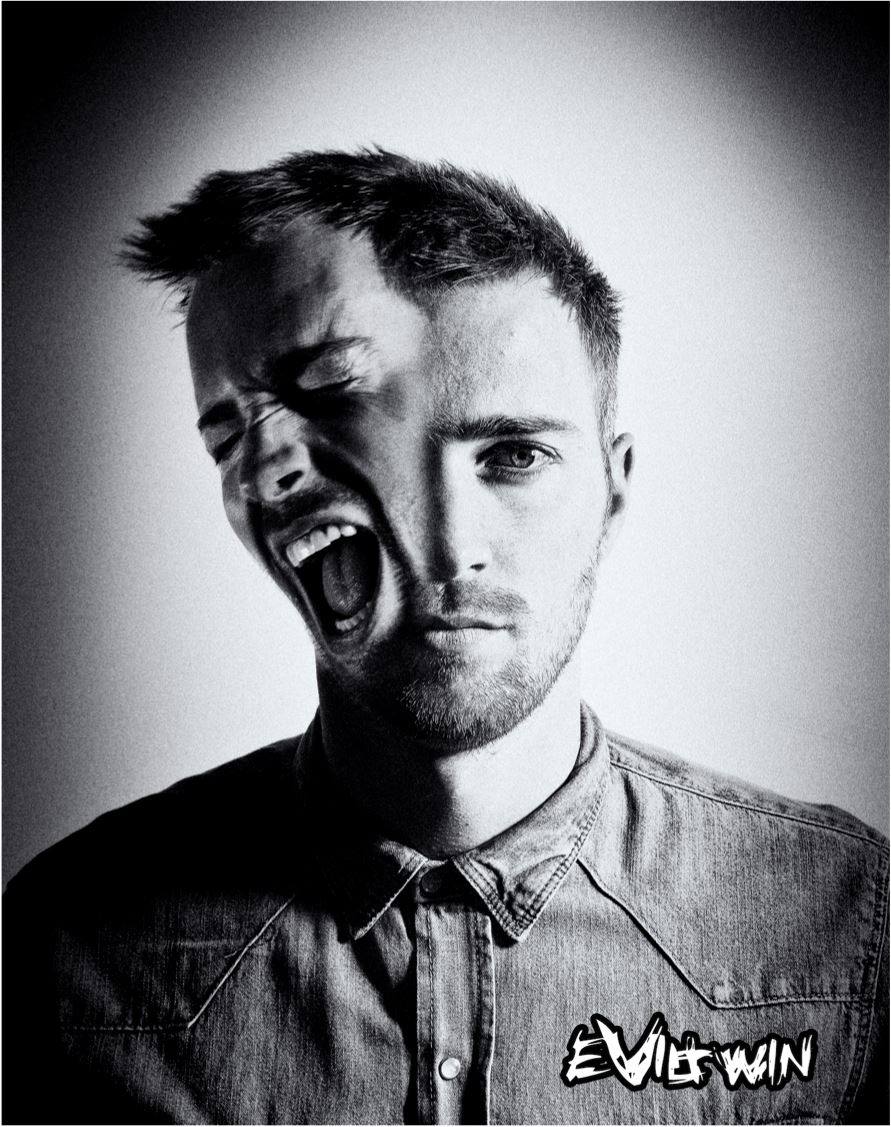 We all know that Deep House music is becoming very popular with artists like Oliver Heldens and Tchami. EDM Sauce got the chance to have an exclusive interview with a talented artist that  was the of winner of Insomniac's Discovery Project and performing at EDC Las Vegas 2014. This is just the tip of the iceberg for British, LA-based, DJ Producer EVIL TWIN. He’s been producing music for 14 years, and his trademark Deep House sound has been supported by huge names like; Umek, Mark Knight, Prok & Fitch, Kissy Sell Out, Sander Kleinenberg & Boy George. The music scene has been exploding with fantastic deep house music, I am a huge fan of deep house, so when I stumbled upon Evil Twin I just had to do this interview. he has successful releases on prestigious labels; Hotfingers Records, Floorplay Music, Moody Recordings & Perfect Driver Music. Notably his 2013 track Discobomb (a collaboration with Ministry of Sound Resident Tim Cullen) that reached the top 10 on the Global DMC Buzz Chart and achieved a top 20 position on Beatport. If haven't heard of Evil Twin yet, don't worry by next year, everyone will know the name EVIL TWIN.

Evil Twin’s recent release on the Moody Ibiza 2014 Closing Complication, He said “I feel extremely excited about the Moody Ibiza 2014 Closing Compilation! It's an honour to be asked to mix the album as it's a legendary label ran by legendary people. It's full of amazing artists too including DJ PP, Jack Mood, Juan Kidd, Jonas Tempel, Lea Luna, Alyson Calagna, Lock Angeles, Budd, Higher Self and many more. I built the mix from the deeper side of house through to more driving house tracks, concluding with an amazing, melodic anthem by Lock Angeles.  It's certain to capture the essence of the Ibiza season this year.  I'm also very proud that the compilation features my latest track “Dreams” ft. the talented ‘Mz Theo'.”

With the popularity of Deep House music I asked him what inspired you to go deep house? “Before moving to the US I was making house and tech-house, however i've recently began working with vocals and my sound has gone deeper. I want to make music that is current and connects with as wider audience as possible without compromising on my sound or integrity!” There are so many producers that have exploded into the Music Industry and with so many talented EDM artists that are now on Top 40 mainstream. Evil Twin has been in the music industry for 14 years, I asked him how do you feel about Deep House exploding in popularity?

A lot of the younger generation in the US have discovered electronic music through the likes of the Avicii, Guetta and Calvin Harris, but now they are discovering house grooves through acts like Disclosure. In my humble opinion Disclosure have paved the way for many more house / deep house acts to follow in US. These acts will only continue to grow in popularity.  On the whole it's extremely positive for the scene. I think both Oliver Heldens and Tchami are very exciting acts that are pioneering their own new sub-genre dubbed “Future House”.  I believe this sound is really going to explode across the US as it draws upon familiar EDM / electro hooks and pairs with house beats and vocals. I think we'll soon see a lot of producers following suit and producing Future House.  On the whole it's very positive especially for a lot of underground artists as inevitably their music will increase in popularity as the mainstream becomes more familiar with house grooves.  As an artist my aim is to play and produce music that walks the line between the mainstream and underground.  I want my music to be credible to those with a deeper understanding of house music, yet also accessible to those who are just discovering house music.

When people go to music festivals, usually DJs play other producers/DJs tracks it may be annoying to us, hearing the same song over again. I do always wonder How does one feel when another producer/DJ plays one of your songs in podcast or in a live set? Evil Twin’s reply was “It's a great honor when some of my peers play my music. Both Umek and Mark Knight have featured my tracks in their podcasts / radio shows and I have a lot of respect for both of them. When artists of that stature are playing your music you know you are doing something right”.

With large names like Dillon Francis and Martin Garrix collaborating music together and Calvin Harris releasing his new album soon with huge names supporting vocals for his music. I asked Evil Twin if you could pick anyone in the music industry to do a collab with who would it be? And why? “For vocals, I love Luciana Caporaso's voice, she has a lot of swagger and would be very well suited to my sound. I also think SOFI is bad-ass, so much attitude comes across in her voice and in her performances.  There's so many producers i'd love to collaborate with, Foamo, Higher Self, Celsius are just a few – it would be interesting to see what we would produce. I'd also really like to remix artists like Bondax, AlunaGeorge & Mapei too.  There's so much great music out there, the list could be endless!”

The future for Evil Twin looks great for him if you are wondering by the way, with new releases on his SoundCloud from to making appearances at more Music Festivals around the Country.

The horizon looks great – i've got a busy gig schedule with some, as yet unannounced, Vegas dates as well as an forthcoming appearance at the ‘Don't Stop The Music Festival' on Sunday 26th October in Los Angeles. My residency with Sky Bar at the Mondrian Hotel continues as do my appearances for G-Star Raw Fashion events.  I have two new tracks ready for release, one of which features the talented “Kaleena Zanders” called ‘Your Love'.  I'll also be uploading a handful of remixes to my Vidiam,Facebook and Soundcloud accounts making them available as Free Downloads – I like to give a bit of love back to the fans!