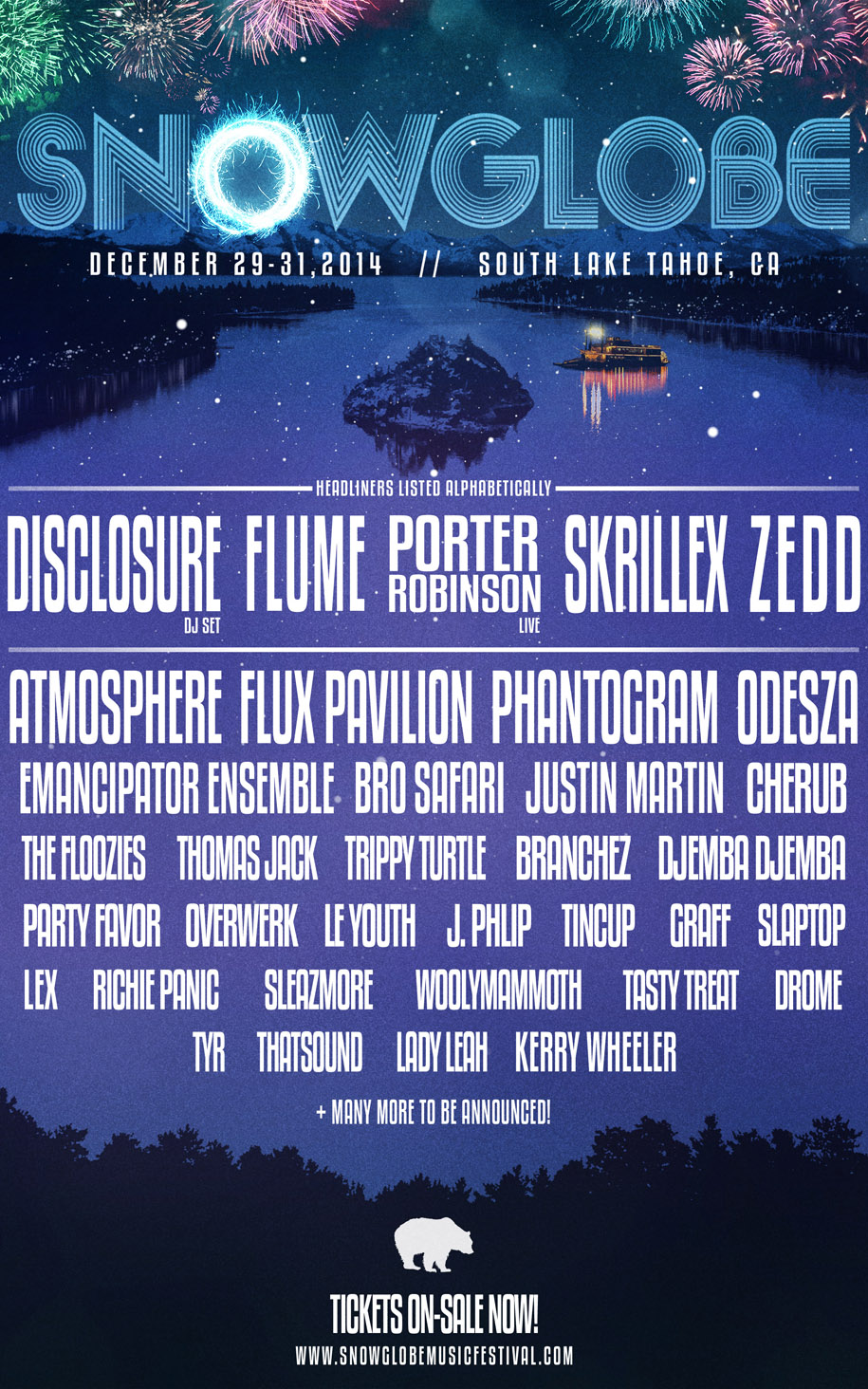 SnowGlobe Music Festival has released their lineup for this year's festival, and it's nothing short of AMAZING. With artists like Skrillex, Zedd, Porter Robinson, Odesza, Atmosphere, Phantogram, and Flux Pavilion on the bill, this year's lineup completely blows previous years' out of the water. Need some more convincing? Justin Martin, Disclosure, Flume, and Bro Safari are also slated to perform.

If you've never heard of or attended SnowGlobe, it's the only festival of its kind, and it's been going strong since its inception in 2011. This year's even will take place December 29-31, 2014, in the beautiful area of South Lake Tahoe, CA. Three days of amazing music leading up to New Year's Eve, with the breathtaking scenery of Lake Tahoe during the winter surrounding you – it's incredible. Check out the lineup video which was just released this morning, and let us know who you're most excited to see!! We'll keep you up to date with single-day schedules when they are released.