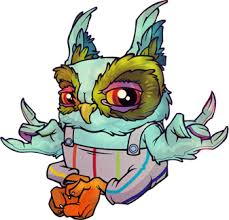 This past weekend was the 19th annual Nocturnal Wonderland, the longest running dance music festival in America…and also the oldest. Not only that but this was also my very first Nocturnal. Considering the fact that I have been attending Insomniac events since 2010 Together As One (the old new years rave for those who have been in the scene long enough to know), Nocturnal was the final piece of the puzzle. Knowing that Pasquale Rotella considers this one his special one, let's just say my expectations were a tiny bit high. And to experience the event fully, I decided to camp on Friday.

There is a whole ritual that all of us follow before a music festival. Kandi making sessions with your friends, countless hours at Michael's and other stores of the like trying to put the perfect outfit together, creating Youtube playlists for the ride to the venue, listening to all the latest songs from all the DJ's who are headlining that weekend… you guys all know what I am talking about. It's part of the culture and it builds up that pre-show anxiety. After going through that ritual, Friday was finally here.

First thing I have to point out is the organization of this event. I have to take the hat off to Pasquale because from the moment we were in line until we were able to park our car to setup our camping, everything went very smoothly. And the breathtaking views from the venue entrance helped a lot with the process. I am used to raves in the middle of the forest secluded from all the urban madness and this venue did not disappoint. I was expecting the line to be at least a 2 hour ordeal considering they have to search every car and take out everyone's belongings but we waited for less than an hour. Security was very friendly and even with a dog sniffing around our stuff (and private parts to some people), everyone was being positive and had good vibes all around.

We camped at a really good spot, right next to the store and the silent disco, one of the coolest things about whole camping experience. Ground Control immediately came to talk to us as soon as we parked to distribute flyers with their contact information. For those who don't know, Ground Control is the Insomniac branch responsible for the safety of the headliners, They cruise around the festival to make sure everyone is doing OK and if anything goes wrong, they immediately contact paramedics. In the campgrounds they instructed us to text them if anyone of us or around us wasn't feeling well to call them immediately. another one of the reasons why I love Insomniac events and its organization.

The heat was one of the negative things about the weekend. By the time we got there the water park was already closed so we had no chance to cool off anywhere and the sun was scorching. Our only type of shade was either underneath our easy up or under trees. But that didn't stop us. Another great thing about the camping is getting to know the people around who are camping as well.