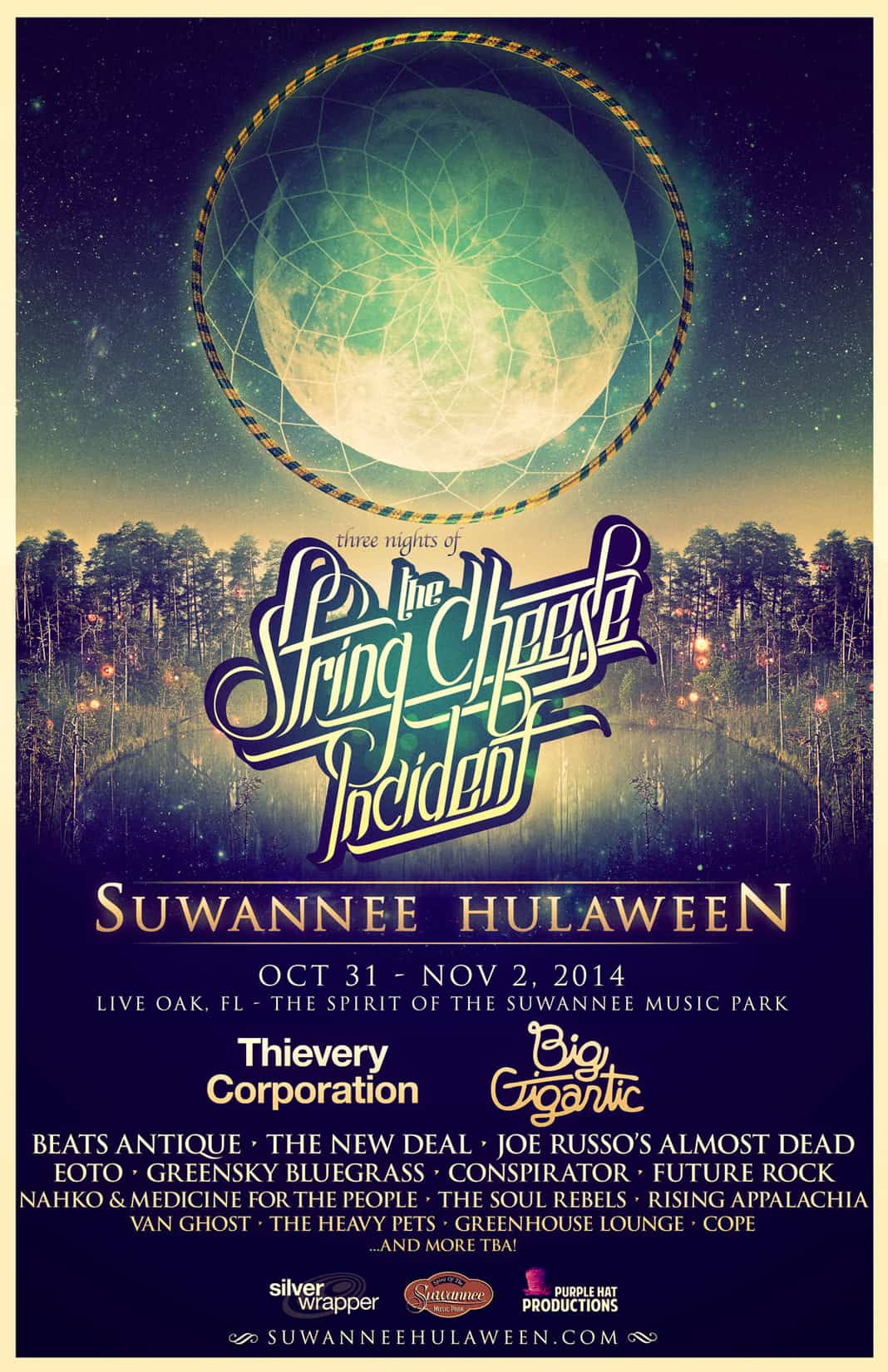 With the resounding success that was last year's inaugural Hulaween in Northern Florida, Silver Wrapper and Purple Hat Productions have decided to get Cheesy once again for All Hallows' Eve. Halloween is perhaps my favorite time of the year, and last year's event was more than I could have hoped for with the exception of the rain that cancelled much of the acts of the second day. Never before had I seen so many amazing costumes that went above and beyond and this year will surely be even better.

Lasting from the 31st of October to the 2nd of November, Hulaween might be the single most spectacular ways to officially welcome winter, although you wouldn't know it if you decide to spend the holiday in Live Oak, Florida. Once again sporting the traditional three nights of String Cheese Incident, the initial lineup also sports great acts like; Big Gigantic, Beats Antique, The New Deal, Joe Russo's Almost Dead, Greensky Bluegrass, EOTO, Conspirator, Thievery Corporation, Future Rock, Rising Appalachia, The Heavy Pets and Greenhouse Lounge with still more yet to be announced. With such an eclectic mix of electronic, bluegrass and experimental fusions of everything in between, this festival has something for almost everyone.

Attendees can also look forward to the re-emergence of Spirit Lake, which was the multimedia art installments featuring sculptures, metalwork as well as live performances of flow arts and visual light spectacles. This, combined with the Suwannee River State Park's prehistoric appearance with Spanish moss laden trees and the ambling river, helps to suspend the disbelief of the visitor regarding wonderland around you. Make sure to check out the official recap video below.

Tickets are currently in the Public Limited Presale stage for $209 with the early birds being sold out. Click here to be brought to the ticket page for more information. The next payment tier is $239 so it's worth it to throw down as soon as possible.