EDM & The World of PR: An Interview with José Woldring
Advertisement 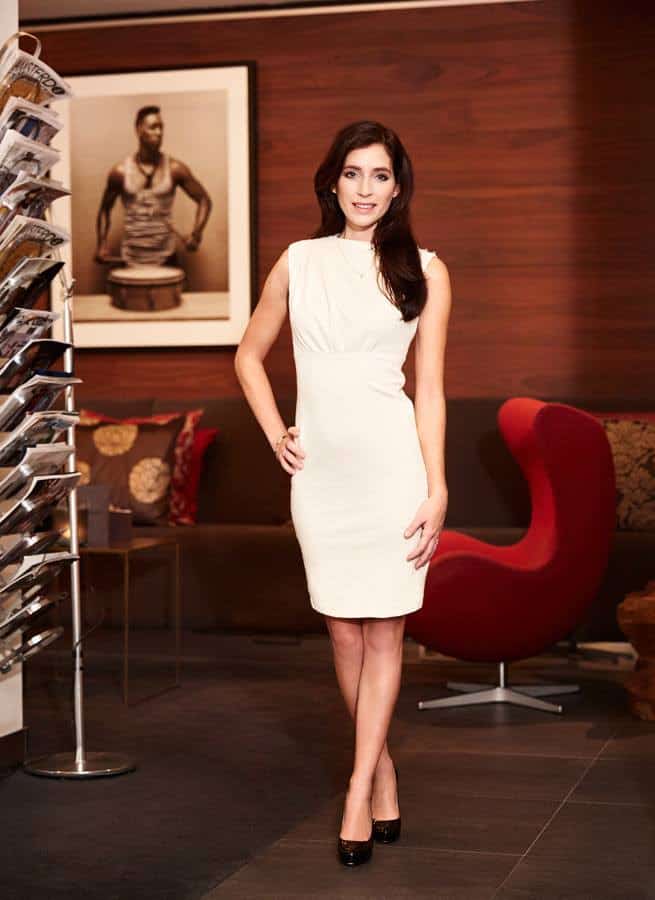 José Woldring is a superstar in the World of Public relations, when it comes to EDM. She founded The Media Nanny, a public relations agency, in 2009 while she was still in University, “I had to do a school project/internship and thought if I started my own company, it would allow me to work on something I could continue working on also after school.. So not just a fictive school project or internship at a random company”. In only four years, The Media Nanny has gained a reputation in the Music and Entertainment industry as one of the top taste making companies in the industry and successfully LED national and international publicity campaigns. Her company features a diverse roster of clients including top-notch DJ/Producers, the world’s leading dance Record Label, some of the biggest music events and more.

One may ask, how do you get involved in PR? For José, she used to work as a VJ for MTV Holland, and that's how she got into the Music Industry. She started doing PR and social media management for Ana Agency, and everything took off from there. Her first client was in fact Anna Agency, where she started coordinating all the press and media requests for her artists (Hardwell, Nicky Romero, etc). This was the defining moment for her where she realized that PR was her main ambition. Needless to say I think she found her calling. It is impressive enough to start your own agency while in school but it's even more impressive to gather a client roster of some of the World's best DJ's. Another question on my mind was about the process involved for obtaining new clients. She responded saying, “Most of our clients approached us, with the question of how to help them handle their press. We look if it’s a right match and offer a deal that works for them – a deal that’s specialized to each client”.

We have all heard the saying, “All press is good press”, but I figured there is no better person to ask than José. This was by far my the most difficult question I asked and she gave an excellent response.

“Tough question, but if I’m honest, I do believe there is a line you shouldn’t cross.
In some cases negative publicity can turn out very well for an artist.
For example: When Deadmau5 trolled one of my Djs, Martin Garrix, at Ultra Miami last March, it first hit us as something very negative, especially as it was such a special and amazing week for the whole Martin Garrix team – but at the end of the week, all everybody could talk about was that young guy who killed it at Miami Music Week: Martin Garrix. How he was the youngest to headline Ultra Miami, he received a US Platinum Sales Award for Animals, he won 5 IDMA awards etc etc. And all of this got us some great exposure and press opportunities, and also – no one pays attention to the Deadmau5 incident anymore.”

Do you want to get involved in PR? Do you have what it takes to make it in PR? Here is some helpful advice from José to consider, “You must be very self-motivated, hard working and not shy. I would advise that you get as organized as possible and try to maintain solid business relationships that will be successful in the long run. It’s important to remember that PR is a non-stop, around-the-clock Job. Communication, networking, and organization are key in the world of PR, and you cannot do it without a hands-on mentality”. And when she says that PR is non-stop, it is exactly that. A normal day for her consists of starting every morning checking emails, heading to the office, catching up with her team and off to the first meeting/photo shoots/press events. She also accompanies her clients on travels on a regular basis. Of course there is a lot of press to be had during tours, and someone needs to be there, and coordinate. She is basically working the same shifts as DJ’s do.

I hope this gave you all insight to the world of Public relations. I find it very interesting to see EDM through the eyes of a Publicist, it's a side that most people do not get to see or understand. It's absolutely amazing how she started from nothing and in a matter of years created this reputation and ever growing client list that is World Class. It may be cliche, but hard work pays off and José Woldring is an example of this, someone who truly defines hard work and success.

Be sure to check out The Media Nanny