More than Drum n Bass: An Interview with Netsky
Advertisement

Fresh off the cancellation of Electric Zoo Day 3, edmsauce caught up with Belgian drum n bass icon Netsky in the Ultra Music offices here in NYC. Tall, on the edge of his seat, Netsky took time to chat with me about his new album, tour schedule, his music, and what's next.

To kick things off, we recapped the weekend. Netsky, like many other high profile DJs, had their acts abruptly cancelled by bad weather at Electric Zoo. It was the second year in a row the last day of EZoo has been cancelled, and fans were in full on rage mode. The DJs, Netsky said, were similarly not thrilled with the situation. “At the last minute we were able to throw together something with the other producers from the Beatport Stage [at Slake NYC]. It was a really lovely venue, very small feel. Not what I was expecting when I came to New York, but…”

He is good-humored about it and laughs. “We put in a good effort.”

Netsky seems to take it all in stride – he's been in the business 10 years already, so he's not new to venue problems or last minute changes. “I started making music when I was 14. For me, it's still true to who I am; I'm not a slave to a label, my manager tells me honestly if the track isn't good. My studio is in my apartment and it's small… nothing grand.” In his small “not grand” studio, Netsky has been diligently working on a new album, due out in early 2015, as well as planning a world tour later this year. “I'll be playing a lot of new material, and with a live band, I'm excited for fans to react to it.” As a disclaimer, however, he adds that the new album is primarily not drum n bass.

“Drum n Bass is in a very cool place – it's steady, not too mainstream, it's a closeknit community. For my album I wanted to focus on the sound, the high energy, the soul and heart and melody of the track… and be unrestrained by genre.” Thinking of a similar situation, I asked Netsky about Spor (aka Feed Me), a fellow drum n bass producer who left the genre behind to explore and create his own unique sound. “I loved Spor and he's one of the guys that got me into the genre, for sure. I have lots of respect for him to push the boundaries.”

“You try to tell a story with an album. A story of yourself, and maybe look for a connection with the audience. You want them to really feel it. All my new songs on the album begin with the story, with the atmosphere and emotions. I really wanted to make it perfect emotionally and sonically.”

Ultimately I never want to make music that isn't mine, from my heart.

Knowing that the scene, and breaking into awareness of mainstream is a weird combination of luck, hardwork, talent, and perseverance, I asked Netsky if he felt he had what it takes to be famous – if he wanted to be on the level of Skrillex or Diplo. “Not really. I'd like to be known for just doing great music, something new and interesting.I don't care about fame.”

To wrap up the interview, I asked Netsky if he was looking forward to anything back home. “I'm recently doing a lot of healthy cooking. It's on my instagram #CookingwithNetsky , I really love it.” Check out Netsky ‘s music (and maybe find a few recipes?):
Netsky Facebook
Netsky Twitter
Netsky Instagram

Here are our favorites from Netsky!

David Guetta has clearly been a busy man this week. Today he has not only released one of the best remixes of the year... 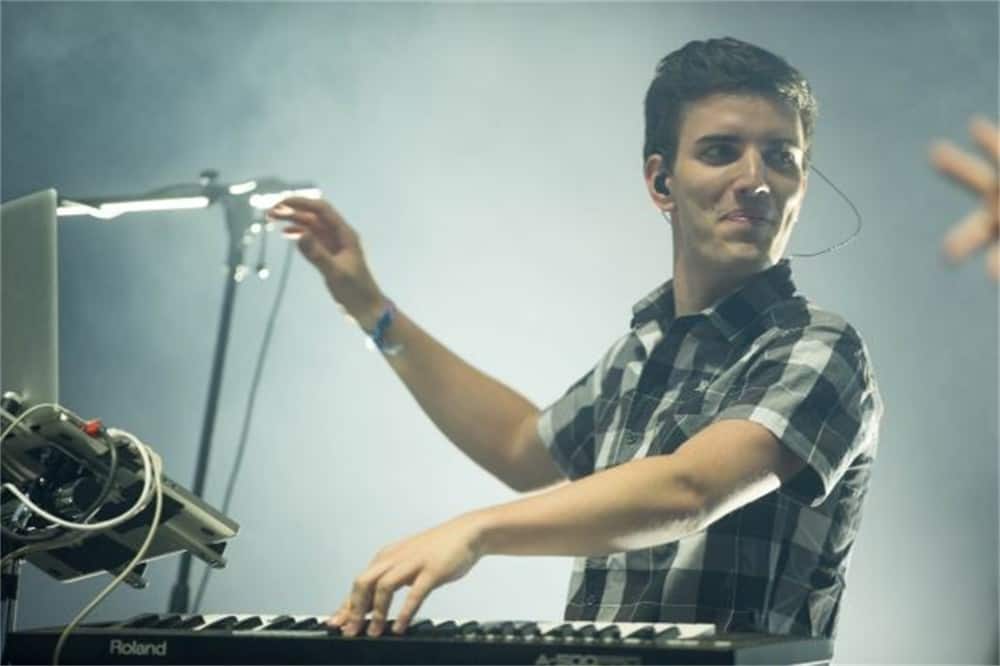 Netsky and Lost Frequencies Release The Entirely Unexpected – ‘Here With You’

Netsky is one of the most recognizable and most often mispronounced names in the electronic dance music world (it actually is pronounced Net-Sky and...

Here at EDM Sauce, and sometimes just as humans, we find ourselves stuck in our own world. Our own local bubble that keeps our...