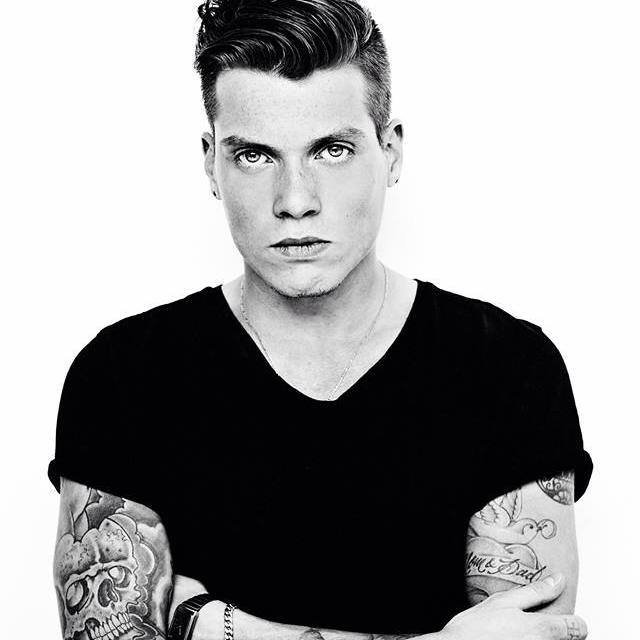 Known for hard hitting tracks, and high energy performances, Tony Junior is a rock star. Whether it's a crowd of a few or a crowd of thousands, there is no doubt Tony Junior will do everything in his power to make the crowd go absolutely insane with his aggressive sound and style. He spent the early portion of August on a 6 date U.S. tour that recently ended at Moonrise Festival in Baltimore. In each and every city, he rocked the crowds from San Francisco to Miami. When asked how the crowd has treated him on this tour his emphatic response was, “AMAZING! Seriously love the whole house music vibe in America!”

Tony Junior describes his style as, “ROCK N ROLL HOUSE MUSIC!!!”. These influences are evident in the music he produces today, from songs like ‘Immortal' to ‘Twerk Anthem'. Even when asked about any dream collaborations, his response fit perfectly into the rock & roll theme, “In the future, I would love to work with artists not from the scene.. like Dave Grohl and Fred Durst!” The rock & roll history goes back even further, to when Tony was seven as he began to play the drums. This eventually LED to him playing in a band, and as we all know sometimes bands break up. This was the case for Tony, “When my band split up 4 years ago, i was really sad.. At the same moment i thought; I'm gonna make music on my own and started to create dance music!”. He was eventually persuaded to attend a House music party, and the rest is history.

Tony Junior has played at some of the most iconic festivals and venues throughout the world including Tomorrowland, where he rocked the Dim Mak stage this year (see photo above). It was an absolutely packed house that matched Tony's energy, a truly unforgettable performance. When asked about the most memorable shows and dream venues, it was no surprise as to his response, “I would say: Tomorrowland, LED San Diego and Pacha Ibiza… And my dream venue would be everywhere if there people who like my music!

When given the chance to interview a producer/DJ I find it necessary to ask who some of their influences are, as well as some of their favorite songs to listen to. I think both questions can tell you a lot about a person based on who influences or inspires them. It also provides some insight into the music they produce, which i find very interesting. As for influences, Tony listed off a few of them , “I have so many haha, Steve Angello, Wolfgang Gartner, Foo Fighters, Johnny Cash and Fatboy Slim..” and for his favorite songs, “I'm still in love with Language from Porter.. and Wasted love from Steve is amazing as well!

Needless to say, the future is bring for Tony Junior as he continues to produce and release new tracks. His most recent release, ‘Plur Warriors' has been a huge hit on the charts and is a little bit different then the aggressive sounding tracks Tony Junior has become known for. Instead, ‘Plur Warriors' is an energetic, happy song with a very catchy sound that is unlike anything else out there right now. It just shows the ability of Tony Junior to be able to mess around with different sounds and styles and yet still make a huge hit. Talk about talent. As far as other songs in the works, Tony said he is currently finishing some tracks with Steve Aoki.. and a new one with Alvaro. So make sure to keep an eye out. In such a short period of time Tony Junior has built quite the name for himself with his releases, aggressive sound, wild performances and style. This rock star is here to stay.

Advertisement. Scroll to continue reading.
In this article:tony junior

This past year saw two very distinct genres absolutely takeover, tropical and future house. With the tropical brand seemingly dominated by a few...

EDM Sauce is proud to premiere a track which debuted as apart of Spinnin' Records ADE Night Mix back in October. The track is...

KURA & Tony Junior's ‘King Kong’ is nothing less than a blazing electro groove. The Dutch phenomenon has presented several club hits by now...