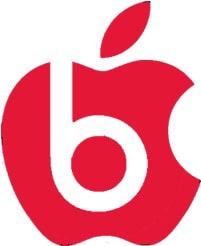 It's official – Apple has closed the deal with the acquisition of Beats, $3 billion later. While the actual purchase took place quite a while ago, we are now seeing the partnership set in motion. A trip to Apple's official site confirms that they are serious about integrating the company and it's products into their own completely. The site now sells a sizable collection of Beats Headphones, in addition to Beats branding found throughout the site.

The new announcements came earlier, with Apple linking to BeatsByDre.com. Here, another announcement confirms the deal and goes on about Beat's admiration of Macintosh and Apple.

Musicians rely on their instruments to give structure and form to their imagination. At the dawn of digital recording, the Macintosh computer was the instrument of choice. At the beginning of portable digital music, the iPad placed the library of the world's music in your pocket. The iPhone became not only an instrument for music but also the center of your connected life. The iPad extended this capability with a user interface and apps that allowed you to compose a symphony on the subway. Starting today, we at Beats are fortunate to add our instrument to this legacy by joining Apple. The products we build together will allow us to reimagine sound once again and to continue this great tradition of bringing imagination to life.

Beats, for those of you living under a rock, is a high-end audio equipment production giant headed by musician Dr. Dre and Jimmy Iovine. Since 2008, they have produced a range of products that push the standard of how we experience music further. You may notice various producers and artists faithfully donning the product, such as Skrillex. Now, they are a part of the apple family; who has taken to their site to return the praise to Beats.

Today we are excited to officially welcome Beats Music and Beats Electronics to the Apple family. Music has always held a special place in our hearts, and we’re thrilled to join forces with a group of people who love it as much as we do. Beats cofounders Jimmy Iovine and Dr. Dre have created beautiful products that have helped millions of people deepen their connection to music. We’re delighted to be working with the team to elevate that experience even further.

It can almost be assumed that any new iPhone will come Beats-in-hand. We can expect Macbooks and other computer products to bare the iconic “b”. Obvious music streaming integration will pop up, along with beats hardware further rooting itself in apple products' interface. Whatever the future may hold for the two, Beats and Apple both agree that they “can't wait to hear what's next.”