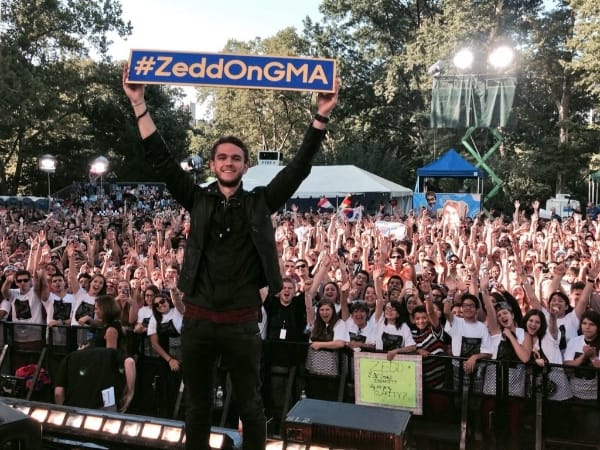 Zedd had the opportunity to be interviewed on Good Morning America as well as play to about 20,000 fans. During the show, Zedd was able to talk about his musical influences and how he discovered the singer Miriam Bryant.

Oh and by the way, did we mention that Zedd broke the record attendance on ABC's Good Morning America at Rumsey Playfield in Central Park this season?

By the way: We had the largest crowd ever at GMA – that's all thanks to YOU!!! ❤️

In this article:Good Morning America, Zedd