EDC UK Review... and a chat with Martin Garrix
Advertisement 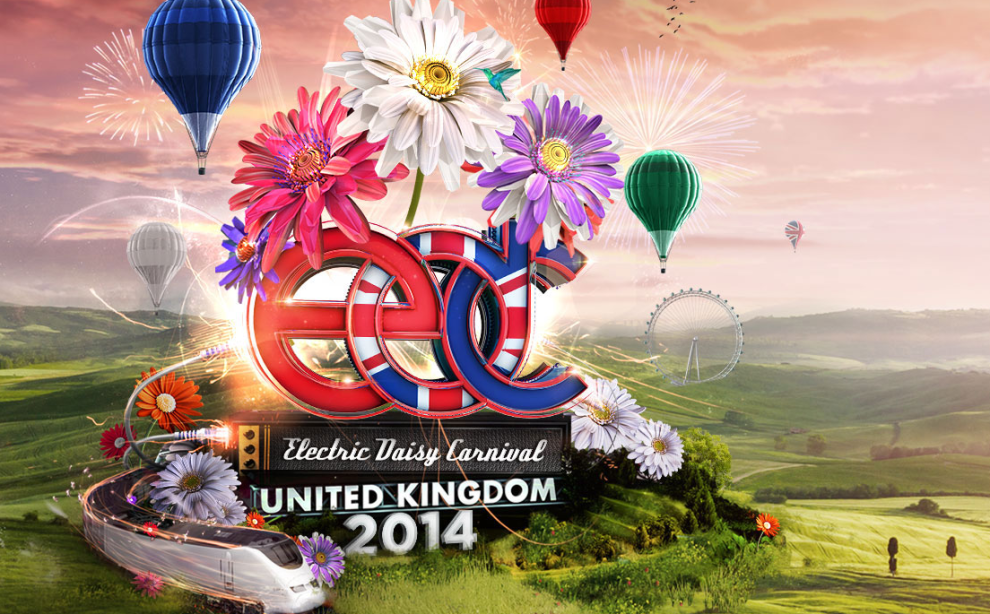 This weekend edmsauce went to EDC UK (and the Hudson Project!), and in between drunken sprinting between sets, we managed to also grab 5 minutes with Martin Garrix. Our writers reported back with some truly crazy stories from both festivals, and some of it was truly surprising.

The rarest of things occurred this weekend – by some divine miracle, it actually stayed sunny on a weekend where a festival was happening in the UK. That was shocking. What an incredible day of music and sunshine – EDC UK held in the Milton Keynes Bowl was a glorious amphitheatre of grass, staging, and thousands of scantily clad, alcohol-guzzling festival go-ers. Such a great place to be with a fantastic energy. It was really too bad that the festival was cut down to a single day event. We were super disappointed at not seeing Fatboy Slim on the lineup anymore. Nevertheless we made the most of it – we saw the Steves (Steve Aoki, Steve Angello), the Pauls (Paul Van Dyk, Paul Oakenfold), Calvin Harris, Route94, and then we were there for Martin Garrix's set after our interview.

The biggest pain of course was getting there. But on the grounds I was amazed at how well organized the event was. The venue was transformed into a magical space, which included the world's largest 360 degree digital lighting installation. The huge light display totally surrounded us. There were lots of side bars and places for food. They had cash points but I sort of prefer the drink-tokens system so I wouldn't have had to wait for change (from paying) at the bar. There were also quirky circus performers and clowns wandering round. Since I have an irrational fear of clowns…Other cool things – glow-in-the-dark body paint, which we smeared all over ourselves. The tents had a blue-light in them so it was almost like being in some tribal dance mecca. There were also fireworks, flames, confetti. It was so well done.

And the highlight of the day was grabbing a quick interview with the baby-faced assassin, Martin Garrix, he was awesome. One of the things we most wanted to ask was how he's adjusting to fame and seeing what he's like. Our impression was just that he's such a good guy, very grounded. The kind of guy you'd probably bring home to your mum.

Sam: Martin Garrix! We don't have a lot of time as you are about go on stage at EDC UK, so lets jump straight in…
MG: Sure!

Sam: What we really want to know is… how are you adjusting to your fame?
MG: Well, it's kind of the same as it used to be. I just bring my friends and family with me wherever I go, but I get to travel a lot more now.

Sam: Have you lost or gained friends?
MG: Hmmm… you've got to have a more selective group of friends. I used to have a really large group of friends that I knew really well. But when you fly people with you, you start to think and realise who your real friends are, and why they are with you. I had to work out – “are they with me because I'm Martin… and not because I'm Martin Garrix?”

Sam: What's the craziest thing a fan has ever done?
MG: Every show I try to do as many pictures as possible with fans. One time, I was doing a photo with some girl and she suddenly turns and bites my neck.. like really hard! So then I went home with this huge bite mark on my neck and my parents were like – “Martin, what the fuck have you been doing?!”

Sam: What's the best gig you've played?
MG: I cant choose any more. Ultra in Miami… I did Ultra yesterday in Europe… EDC in Vegas was crazy. Coachella of course! I can't choose any more. I've had so many great shows that if I say “this one or that one” was my favourite, I feel bad for the other ones.

Sam: What's the hardest part about your Job?
MG: Err… the travelling and missing home. I can fly people with me but Im not sleeping in my own bed, you know what I mean?

Sam: What music do you listen to that might surprise people?
MG: Umm… almost everything except the stuff I make.
Sam: You don't listen to your own music?
MG: I do, I do – but only when I start to think about what I'm gonna play. Most of the time I like listening to Disclosure, or more relaxing stuff.
Sam: Chilling.
Sam: Do you have any top tips for new artists trying to make it in the big time?
MG: Do whatever you like. If people hate it, it means you are doing something good… Or you're doing something really bad!! (Laughs). But seriously, most of the time people start to say negative things when they are jealous, so if this starts to happen you are doing something really great.
Don't worry about them, just do what you love, and so long as you love it, thats the important thing.
Sam: Ok… Last question, who is your artist to watch for 2014?
MG: FTampa.. is he Portuguese? Anyway, he's insane. Jay Hardway definitely, and Julian Jordan. Yeah, Jay Hardway – he's my number one.

Garrix followed up our interview with one of the best sets we've ever witnessed, and it was so crazy to to be in the crowd and see the reactions. He's not only one of the top DJs worldwide, but he's also the one of the youngest. The crowd went wild for his remix of Blur Song 2 with some heavy bass drops, he also played a remix of Nirvana's “smells like teen spirit” – I have to find and download this! In summary, amazing festival, wish it had been longer, looking forward to next year!!!

Special thanks to Bigbox Media for all of their hardwork in coordinating and promoting this event!