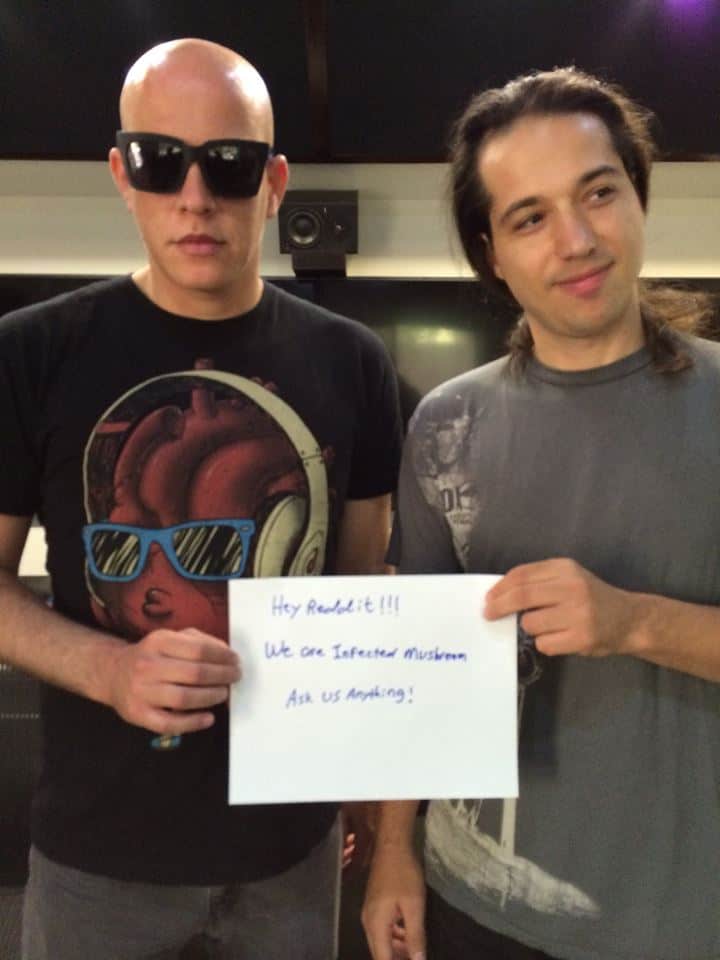 On the heels of their EP release, “Friends on Mushrooms vol. 3”, Infected Mushroom spent some time talking to fans on Reddit. The duo answered dozens of questions about new music, old music, drug culture, production, performing live, etc. Also mentioned was an Infected Mushroom Documentary. They posted this link to kickstarter, but didn't clarify if this is actually going to be a project, or if it's a gag.

Infected Mushroom had previously announced that they are working on a ‘chillout' album, set for release later this year. They refer to the album as “Converting Vegetarians vol. 2” which reinforces their claim that they're looking back more than 10 years in Mushroom history for the album's style. Additionally, they mention two very specific artists who could be involved in collaborations for Converting Vegetarians vol. 2:
“We want to do a Shpongle on Mushrooms track”
“The colab with Mau5 will hopefully happen in the near future”

A couple other fan questions addressed in the AMA:

Q: Is there a reason why your tracks have been getting shorter lately?
A: Lazyness. getting Older.

Q: What role, if any, did psychedelics play in your Music Production?
A: Drugs were not a big influence on our music production

Friends on Mushrooms vol. 3 can be found at these music retailers: