Skrillex and Diplo To Collaborate with Ed Sheeran and Usher
Advertisement 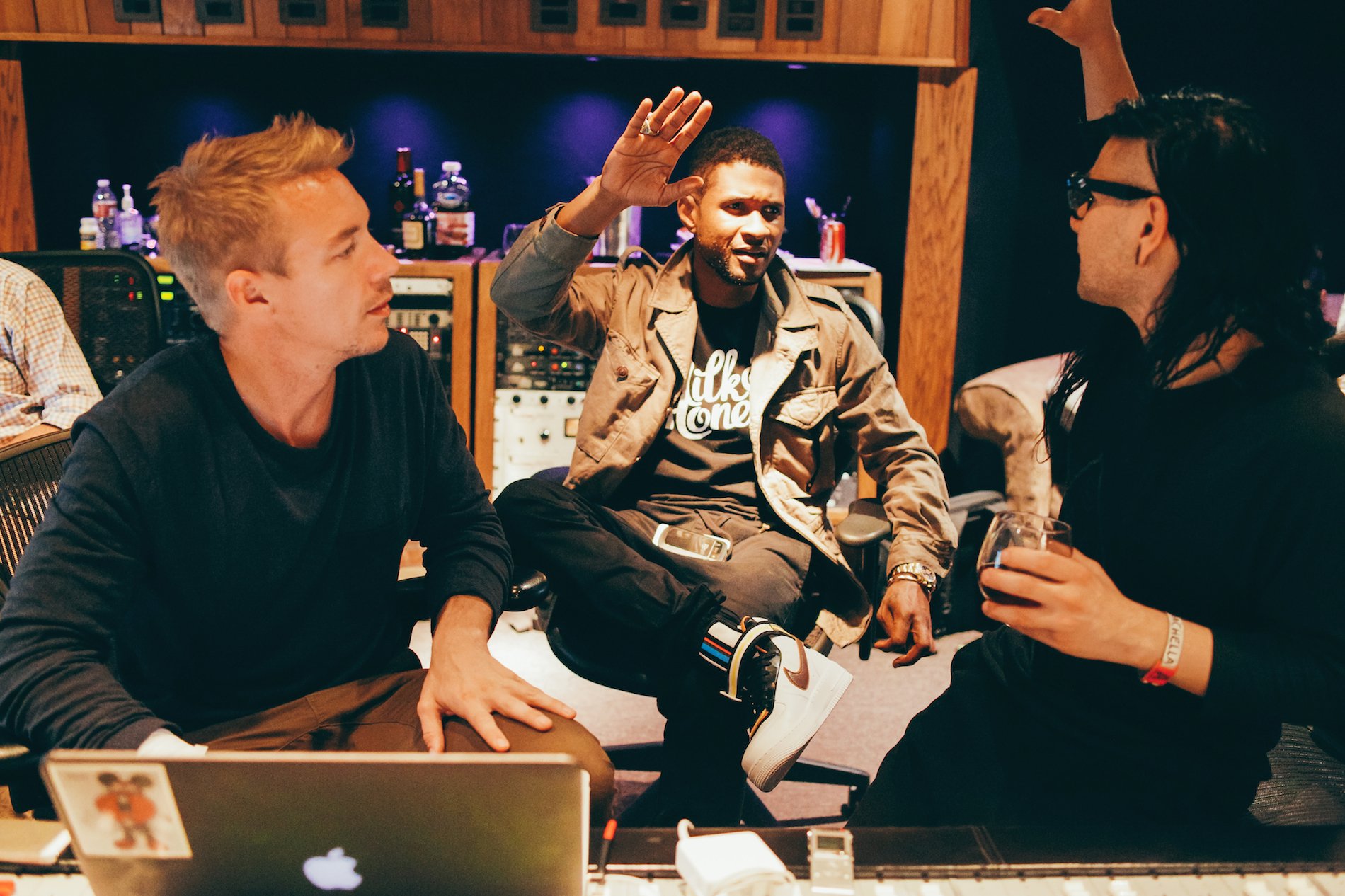 Ed Sheeran recently updated his Instagram with a rather unusual picture of him joining alongside Usher, Skrillex and Diplo in the studio together.

Last month, Ed Sheeran revealed in an interview with BBC Radio 1 that he wanted to work with Usher. “It was quite random. I met him once before, but never enough to be like, ‘Yo, what’s up man?’ but he went over to me with his phone and he’s like, ‘Yo, check it out’ and he’d downloaded ‘Sing’,” Sheeran said.

Well now Ed Sheeran will join Usher, Diplo and Skrillex in what will be an incredible collaboration.