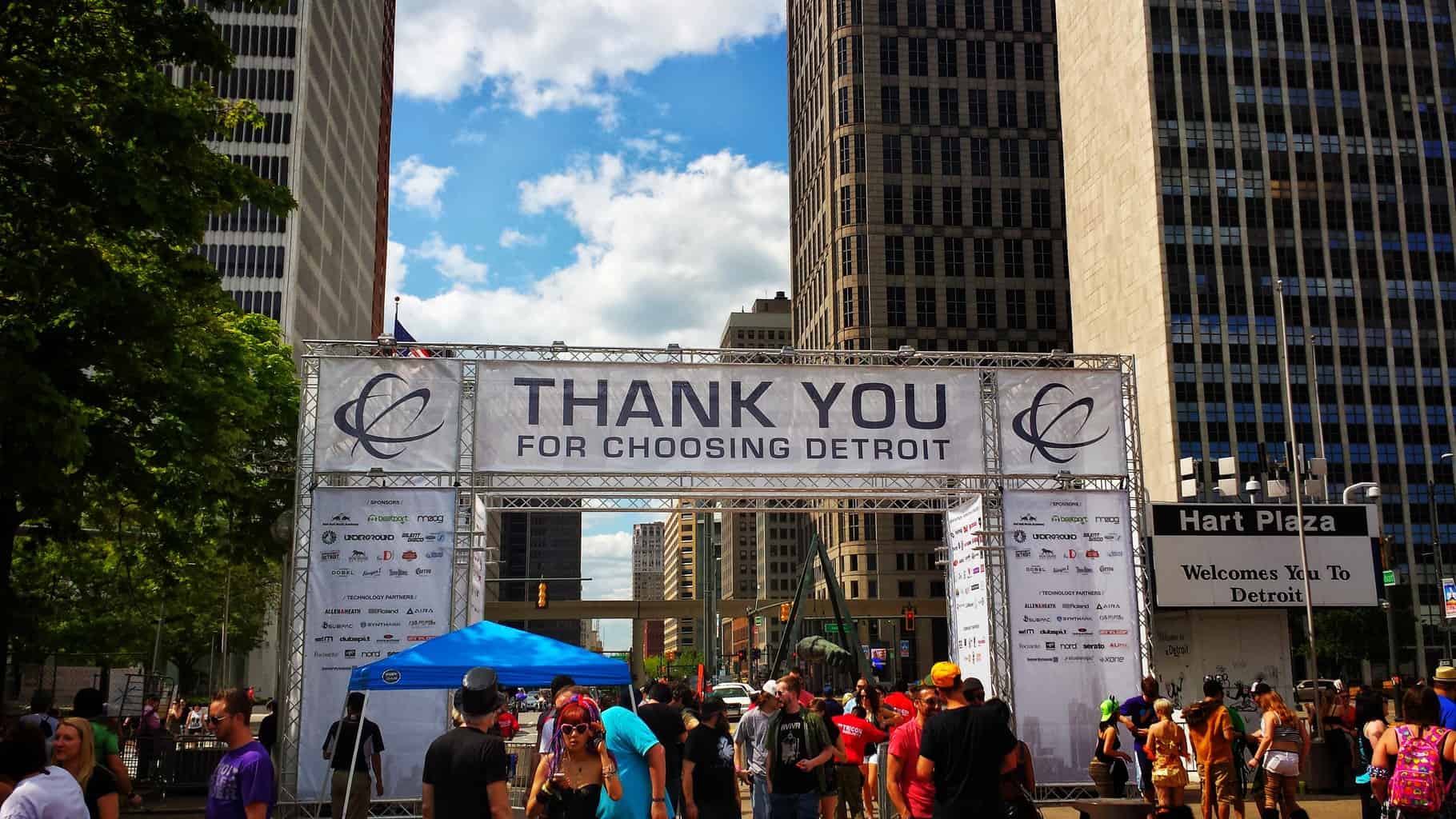 Memorial weekend was filled of events and festivals to choose from. If you were one of the lucky ones who chose wisely, you would have been in Detroit for Movement Music Festival. There are multiple reason why we loved attending Movement which cannot all be put into one post. But lets start out with the most important part of a festival, the people.

The People:
You can have all the production value in the world, big stages, fireworks, fire breathing dancer who fly in the air, but if there is no substance to the people that attend the festivals, you don't have much. During Memorial weekend, Detroit was overflowing with attendees with various backgrounds, musical influences, and ages. Some were Kandi kids in bikinis, bohemians with flowy dress, old school ravers with big bell bottom pants , and some event wore shirts.

Regardless of what people were wearing or who they identifies themselves as, all were united together to appreciate good music in one of the birth places of electronic music. Creating an environment that allowed even artists to walk among the crowd to support fellow DJs and producers. These dancers were finding joy by showing off some old school moves.


Top Two Food Choices:
There were new food trucks this year at Movement. Which was a great addition when you are running on empty from all the dancing you have undoubtedly have been doing. Members of EDM Sauce decided to sacrifice ourselves and let you know which places has the best food for your money. Unfortunately, many food items were harmed during this coverage. We do it because we love you.
Mac Shack: The Mac shack was one of our most anticipated food trucks at the festival and they delivered with flying flavors. Our favorite on the menu was the Buffalo Chicken & Blue Cheese mac and cheese. It had layers of flavor kicking in at different times, satisfying many across Hart Plaza.
El Guapo: El Guapo had one of the freshest foods around. You could taste each ingredients and they weren't shy about their cilantro.

Golf Clap – It can't be said enough. Bryan and Hugh from Golf Clap made Detroit proud. Showing the attendees of all ages the soul of deep house music. Golf Clap are not only talented artists but make it obvious that they love their music, audience, and their fellow artists. If you take a close look at video below, you can see how Stacey ‘Hotwaxx' Hale and Hugh from Gold Clap hug each (00:31) other,sharing a special moment. That is the epitome of what true appreciation of music is all about.


Moon Boots – For those of you who haven't had the chance to see Moon Boots live, it's a an experience you need to put on your ‘to do' list. Listening to his sets and singles is just a taste of what it is like to be like in front of Moon Boots himself. His transitions are smooth and saturated with robust melodies.

Pete Tong – Pete Tong consistently kept the energy high and the beats oh so fresh. His performance was one of the top times because of how diverse him music was and the amount of energy her was giving and receiving from the Beatport audience.

DJ Psycho – DJ Psycho is yet another legend to play at the Made in Detroit Stage. You could see the excitement build as he started to bring out his turn tables and collection of vinyl.

DJ Godfather – DJ Godfather has a special place in my heart with his iconic ghetto tech beats. I sincerely hope that you know hear “it's time for the peculator”.

J. Phlip – Throughout the day, you could hear the buzz and excitement about the set that Boys Noise was going to play. Unfortunately, one of the highly awaited closing acts, could not make it. Luckily, there was an artist ready to step up to the decks and not hold back any punches, J. Phlip. There is no doubt that this News filled J. Phlip with an insurmountable amount of joy because we felt it during her set. It was full of beautiful melodies, tasty bass, and booty clapping beats that only a Dirty Bird like J. Phlip could deliver. Her radiant smile while spinning just added to the relationship between her and the audience. Movement music lovers couldn't have asked for a better set. It was so good that sadly our electronics couldn't handle it and died out of pure joy (R.I.P. Camera).

Final Thoughts:
There is no article that can fully describe why Movement is one of the best festivals that you could have gone to this year. The music, city, and people have soul that can only be experience here in Detroit. The only way to fully capture this experience, is by going to Movement. See you there next year.