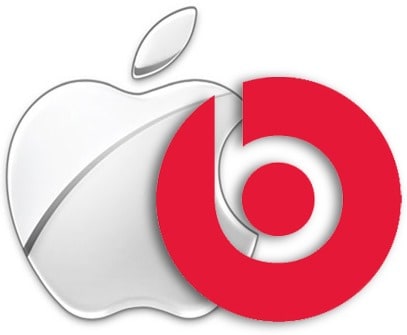 As reported last week, the rumors were true about Apple acquiring Beats Electronics. Not only does this acquisition make Music history, but also for Apple by becoming the largest in the companies history. Beats co-founders Dr. Dre and Jimmy Iovine will also join Apple's team. When the deal officially closes this Fall, Iovine will leave his 25 year position as CEO of Interscope Records, reports Billboard. Both Iovine and Dre are expected to bring some “creative ” and “incredible” ideas to Apple according to Apple CEO Tim Cook.

When rumor of the purchase first came out, there was a lot of criticism from the Tech and Music community. It would seem obvious that the purchase would be over the Headphones or just the Beats brand and marketing. However, it wouldn't be likely since Beats headphones aren't known for their quality, which Apple thrives on, or their marketing because Apple simply doesn't need the help in that department.

The reasoning of the purchase that makes the most sense is acquiring Beats new music-streaming service Beats Music. Apple's Itunes will always be a leader for purchasing music, but their streaming service Itunes Radio could use some work. Although Beats Music is fairly new, there have been a lot of good reviews of the service. Beats Music only notable fault is that it's a little late in the game with big competition from services like Spotify and Pandora. “We love the subscription service that (Beats) built. We think it's the first one that really got it right,” Tim Cook tells the Wall Street Journal.

It will be interesting to see what Apple does with Beats. Both companies will remain separate for now, though Beats Music and Beats Headphones will now report directly to Apple.

Sharing a laugh with Jimmy, Dre, and @cue. Excited to welcome the #Beats team to #Apple. It's all about the music. pic.twitter.com/ZwyWgHFwhO

One of the most anticipated club tracks of the last 3 years is finally hitting the streets. John Summit, GUZ, Ferreck Dawn, and Oliver...