What Did You Just Say? The Most Commonly Mispronounced DJ Names
Advertisement 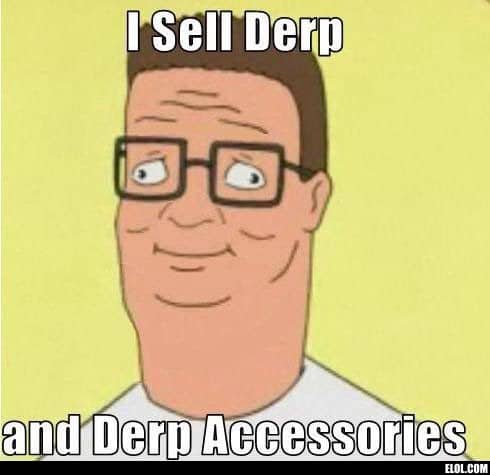 Unique DJ names are part of what makes the electronic music culture so much fun. Substituting letters and numbers is confusing, but pronouncing native languages can be just as difficult. We all have that one friend who referred to Deadmau5 as Dead-Mow-5 up until last year (its just pronounced Dead Mouse if you are still that guy/girl)…and actually most of us still have issues with some of the most obvious names in the book. I just realized like two months ago that Will.I.Am is actually William with punctuation (not saying he is a DJ, just an example of how I struggle sometimes). So I decided to compile a list of some of the most commonly mispronounced DJ names out there. Some may be more obvious than others, but hey…this is a guide for the new comers as well as veterans alike. So check it out and maybe you'll just find that you aren't as knowledgeable as you thought, because in my research I realized that I barely had a clue.

These guys are the minds behind the massive hit Tsunami. It is definitely the punctuation as well as V that trip people up, when in reality this one is pretty easy. They are simply pronounced Dubbs, it is not meant to be spelled out as D-V-B-B-S.

Soccer fans will know this one! As the Musical Freedom duo took their name from two of the biggest stars. Since I speak only English (I tried Spanish for a few years, did not end well) and cannot fathom what a sound DZ would make, I found this one difficult. Before researching this list I simply cheated and pronounced the name as Dezko & Torres, in reality it is pronounced as Jeck-oh & Torres.

This one is another phonetic error due to how speaking English wires the brain. The fact his alter ego ‘Pryda' is pronounced as ‘Pride-Ah' does not help the case either. Eric Prydz is actually pronounced as Pr-ID-z, the Y is not supposed to make the long ‘I' sound.

This one is the same issue that that happens with Deadmau5. Are we supposed to pronounce the number? Or act like it is supposed to be used as the letter it resembles? Well this one is not Three-lau, it is simply pronounced as Blau.

This one is one of the most common one on the list. His MC actually has to let the crowd know before his shows that it is pronounced NET-SKY not as NET-SKI! I will be honest…I am guilty with this one until another editor helped me out.

The Israeli born progressive house/trance producer and aspiring troll has the curse of having a name that tends to be mispronounced over in the good ole USA. The amount of different ways I have heard this pronounced is startling so I had to go straight to the source and ask the man himself. No it is not pronounced like the jeans, it is correctly pronounced “MAH-WHORE” – Like “My Whore” “LE-V” (His words not mine).

This is another one where the amount of different pronunciations is absurd. Luckily the duo has come forward and helped clear this one up. The Brazilian brothers go by “fell-guck” which is a combination of their first names: Gustavo and Felipe.

The mash-up master himself has a name that has sent new comers to EDM running. Is it supposed to be pronounced in one fell swoop like MAK-JAH? Or is the J supposed to be separate, and even if that is the case then what about the MAK part? Is it MAHK or MACK? Well luckily he has also come forward to help out the general public, MAKJ is pronounced, Mack Jay.

Steve Angello‘s little brother and Size Records heavy hitter AN21 has been cursed his entire life with a name that has been difficult to pronounce, so when he decided to pursue DJing he thought to make a name that would simplify the matter. Unfortunately it really cleared nothing up, more times than not people call him A-N-Twenty-One. His name is actually supposed to be pronounced AN-Two-One or simply Antoine.

So there you go, a succinct guide of the most confusing DJ names out there that you can refer your friends to in order to settle arguments. I personally reached out and asked a lot of people I included in this list to find out the final answers. Luckily they seem to be numb to the question of how to pronounce their name at this point. Feel free to add your own DJ name that you struggle with in the comment section and who knows maybe there will be enough for a Part 2!