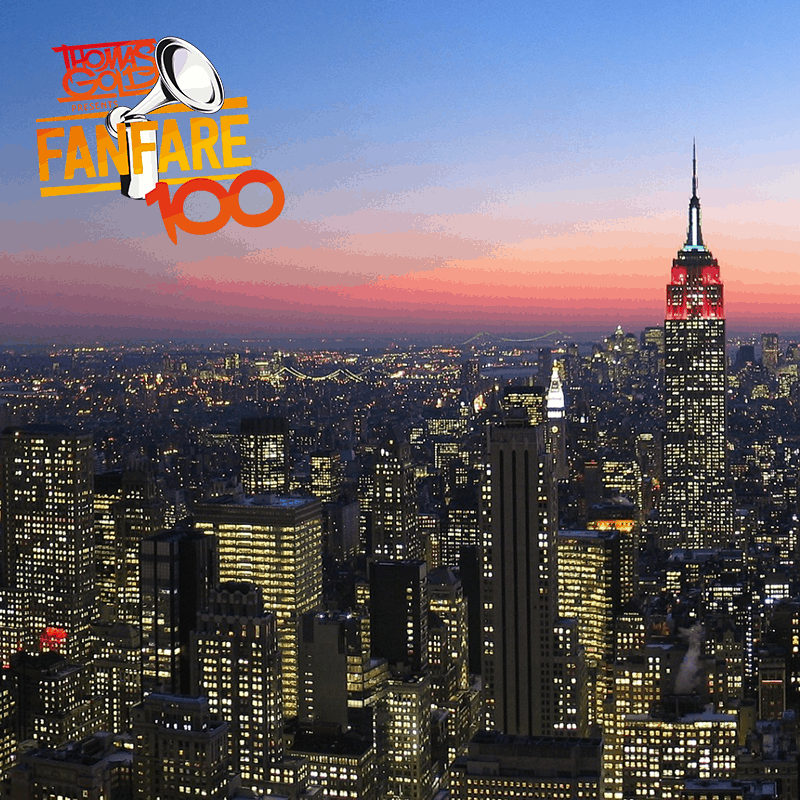 Legendary German producer Thomas Gold has had an incredible few years. He quickly rose through the ranks of progressive house artists to become one of the most admired names. In addition to to being admired as a talented producer and resident DJ, Thomas also releases a weekly podcast known as ‘Fanfare'. The podcast is broadcast through Serious XM's Electric Area and is widely loved throughout the entire world. Every week Fanfare is a jam packed hour of the most impressive recently, and soon to be released electro and progressive house tracks. It is always a crowning achievement when a radio show is so well received that it can make it too a milestone like 100 shows. That is why Thomas has decided to put on a very special event for the century mark.

Tomorrow night, May 19th, Thomas will be holding a special event somewhere in the expansive New York City. He has held a fan competition to bring a few lucky guests to the mysterious location to party with him. Thomas Gold will be hosting the 100th Fanfare from the mystery location and be spinning a very special 100th anniversary set, that will take a look back at past episodes as well as forward to what the future holds (here is a hint…the future holds A LOT and is BRIGHT). Serious XM's Electric Area (Channel 52) will be broadcasting a live stream of the event at 9:30pm EST. If you choose to tune in make sure to use the tag #Fanfare100 on both Twitter and Instagram to be part of the conversation! Stay tuned to EDM Sauce to see if we were able to discover the mysterious Fanfare 100 and to hear what Thomas had to say about the very special event.

In this article:Fanfare 100, Thomas Gold

GRY Makes the Most of the Moment on “Now or Never (FT. Nevve)”, with Thomas Gold

Thomas Gold And Raiden Team Up For “Someone New”

The legendary Thomas Gold has teamed up with the Korean superstar Raiden for their incredible collaboration, “Someone New.” This progressive house project features classic...

Calling All DJ’s! Win A Chance To Open For Thomas Gold At Miami Music Week

Yes, folks, you read that right. EDM Sauce is teaming up with none other than world famous DJ Thomas Gold to give YOU, yes,...