Disco Fries Help Out a Fan With a PROMise...Oh and a Free Download
Advertisement 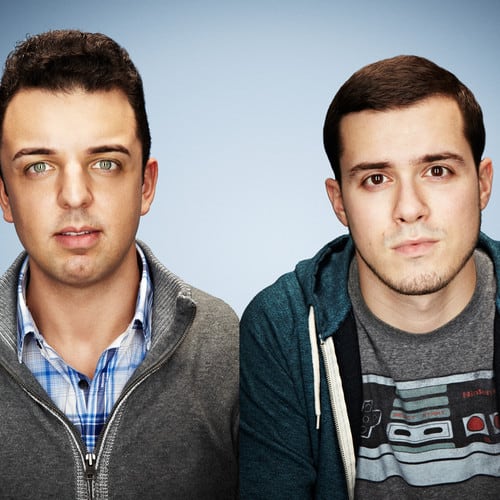 The Disco Fries have recently displayed that they are as dedicated to their loyal fans as their fans are to them. Only a few weeks ago the guys held an impromptu pop up silent disco on the streets of New York City, inviting fans and newcomers alike to jam out in a unique fashion. The promotion was a massive success. This time around the deep fried duo took a much more personal approach to help out a fan. A student from a local high school needed help asking her boyfriend to prom in spectacular fashion, and since both of them were huge Disco Fries' fans she decided to take a shot in the dark and request a guest appearance from Nick and Danny. Being the humble and awesome guys that they are, of course the Disco Fries obliged. By the reaction of the students it's clear that the Disco Fries just made a memory that will stick with the prom-goers for the rest of their lives.

As an added bonus the New York based duo have just released a free download of their ‘Cool With The Moloko Rhythm' bootleg. This bootleg is pure magic. It starts off with trance horns ringing out and proceeds into a drop with a huge bassline over totally perfect electro chaos. Check out the track below and grab the free download through the guy's Soundcloud.

In this article:Cool With The Moloko Rhythm, Disco Fries, Remix