Porter Robinson Thanks Fans For Their Overwhelming Support
Advertisement 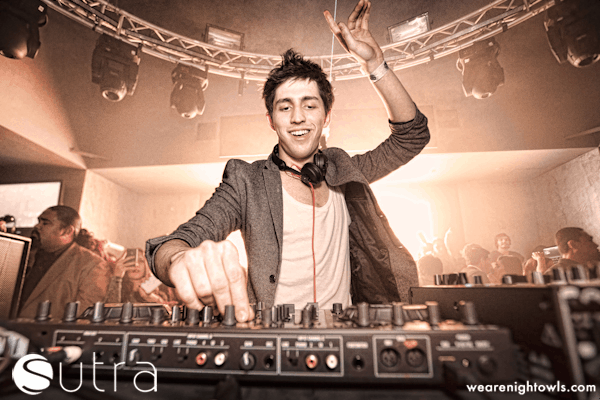 Porter Robinson's new album is set to take on a completely new direction with his new highly anticipated album. Porter took to Facebook to express his appreciation to his fans who have shown their full support throughout his new directions. Here is the letter from Porter Robinson below:

“IF YOU BELIEVE IN ME I FUCKING LOVE YOU AUTOMATICALLY
and that's why i love my fans
i'm so caffeinated right now and my writing here is sure to be really terrible and over-earnest so sorry about that
also i wrote a ton for this post and then deleted it because it focused too much on my past, but the ultimate point i want to make is this:
time and time again you guys have supported the direction i've gone in and it's really really fucking liberating. so many artists i know are constantly facing backlash for every little stylistic deviation, whereas you guys have consistently had faith in me and my vision and the music that i write. i really, really, really cherish it.
as i was writing ‘worlds', there was long, long gap with no releases and really sparse touring. and during that time, i was getting excited about the New Music i was writing and tweeting incessantly about how it wasn't the boring, functional music for DJs that electronic music is currently known for.
and dude, i don't think that's an easy time to be a fan of someone. i was putting out virtually nothing while criticizing the status quo. don't get me wrong. it was necessary – i didn't want to blindside people with the new material, so i wanted to let people know why i was losing interest in EDM – and it was critical for me to withhold the music so i could put it out as one, complete vision – but still, i think all the uncertainty was tough on fans.
y'all have stuck with me through all that. that means a ton.
i guess my main point is this: in order for me to feel decent about myself, i have to write music sincerely. you guys have made that much easier.
‘worlds' is my favorite thing i've ever done in my entire life. the consistent support you guys have shown through thick and thin was a major factor in writing it without compromise. IT'S COMING SO SOON YOU GUYS, I SWEAR THIS TIME
but sincerely, thank you a lot. i literally fucking love you”

As always, the incredible Porter Robinson did a phenomenal job during his Secret Sky Music Festival live stream performance. Viewers from all over the...