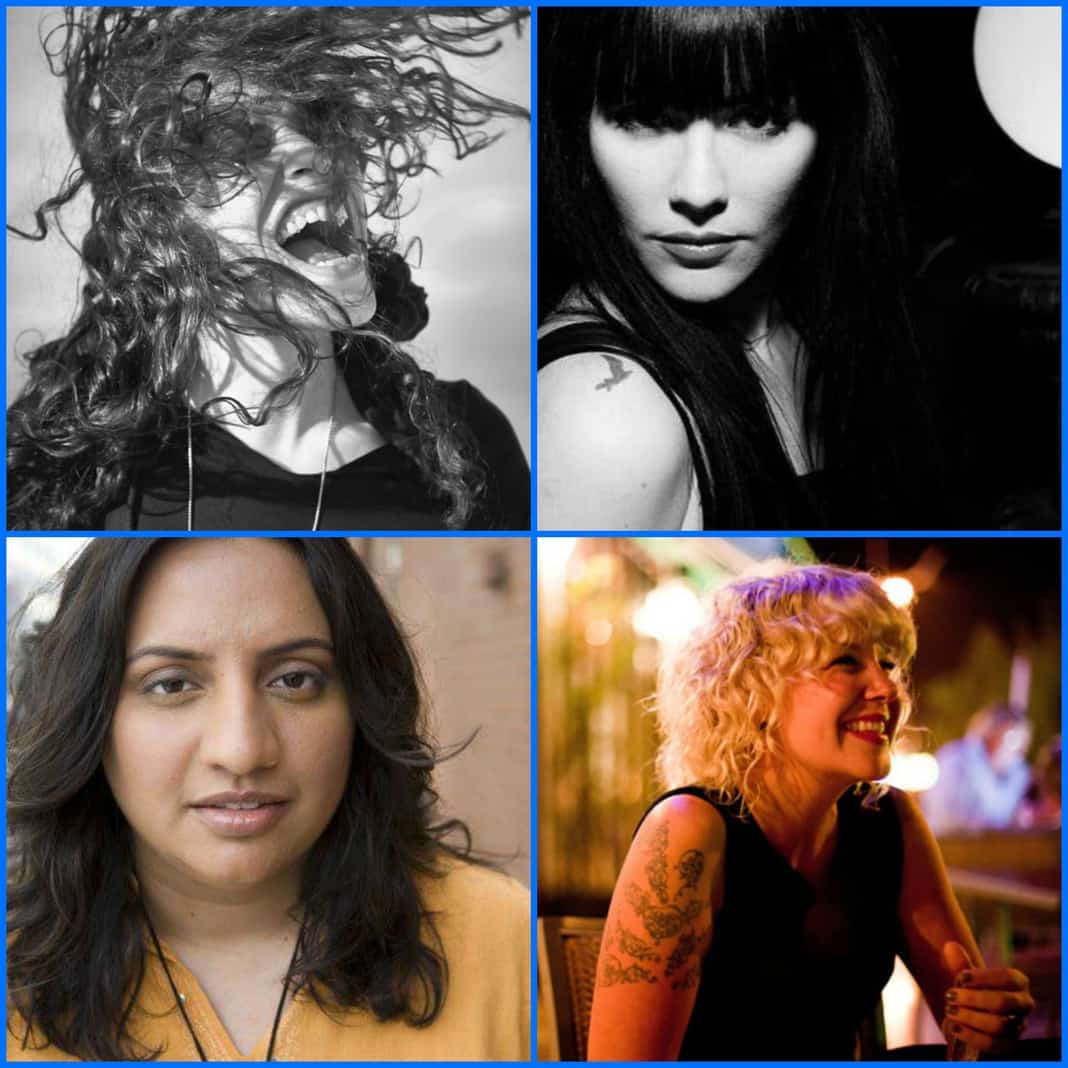 Happy Friday everyone. You are now coming into the Femme Fatale Friday zone. This week we are highlighting Joyce muniz, Audrey Napoleon, DJ Rekha, and Heidi. These ladies have a diverse mix of genres they represent but are united in the love of music. Enjoy!

house, and heavy bass. Born in Brazil, Joyce Muniz went to Vienna and was introduced to the electronic music scene. She got her first gig at the ripe age of sixteen. Since then she has released numerous productions and her vocals have been featured in multiple singles. Currently she has been working hard on her new EP, “Dropping Pressure” (20/20 Vision). Check her out.

Audrey Napoleon has put her two passions together, music and fashion. Fashion has been a passion of Audrey since she was child which inspired a collaborative fashion line,The Rodnik Band x Audrey Napoleon. Her first big break in music was touring in Identity Festival in 2012. If touring and bringing her sound to thousands of fans wasn’t enough, she was also busy releasing her first EP, Ornamental Egos. Below is a bit of her music, her first EP, as well as an interview.

Rekha Malhotra, is a Brooklyn based, UK born DJ and producer who can take credit for bringing the South Asian sound of Bhangra to the U.S.. Rekha effortlessly brings classic Bhangra, Bollywood sounds, dancehall, and electronic music together in an intoxicating mixture of music. She started her journey by establishing a Basement Bhangra, bringing her unique sound into New York nightlife. She released her first album in 2007, DJ Rekha Presents Basement Bhangra and created her own music label, Beat Bazaar Music in 2011. As if being a Pioneer and creating music wasn’t enough, she has been active in giving back to communities through lectures and workshops about music and culture. Serving as an US ambassador in India, as well as performing for President Barack Obama.

Not much introduction is needed for Heidi, but here it is. Heidi has been in the scene for over a decade making her mark by mixing and producing house and techno. Her BBC radio show is filled with her passion for music and love for great beats. One of her great accomplishments, has been establishing her Jackaton events across the globe, uniting great artists together to play amazing music. In 2011, she created the first EP featuring an all female artist which included Maya Jane Coles, Miss Kitten, and TiNi. Heidi is a highly accomplished artist who is continuously contributing to the electronic music scene, so if you haven’t heard her music yet, now a great time to start. Enjoy!