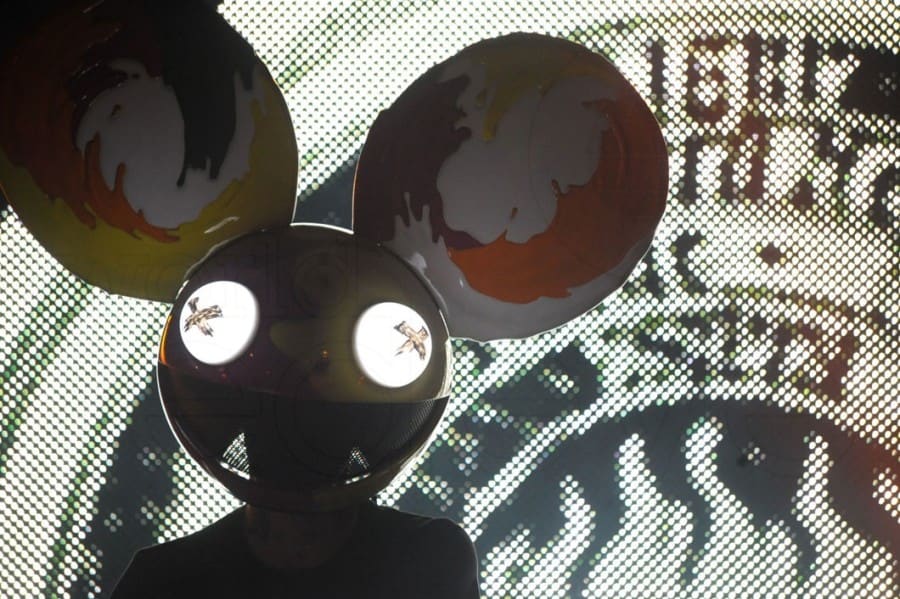 It all began at Coachella when Arcade Fire said “Shout-out to all the bands still playing actual instruments at this festival” during Coachella weekend 1.” This statement for the most part went unnoticed, but leave it to Deadmau5 to make a statement back at Arcade Fire saying “dafuqs yer problem?”

Arcade Fire seemed to have let it go until this video was spotted during their show in St. Louis on April 27th. Here Arcade Fire was caught using the LCD helmet to flash images of Deadmau5 during the set. According to NME, the LCD screen usually flashed images of Rob Ford, George Bush and Michele Bachman, but here they decided to fire back at Deadmau5.

The only question now is will Deadmau5 respond to their troll move?

In this article:Arcade Fire, Deadmau5