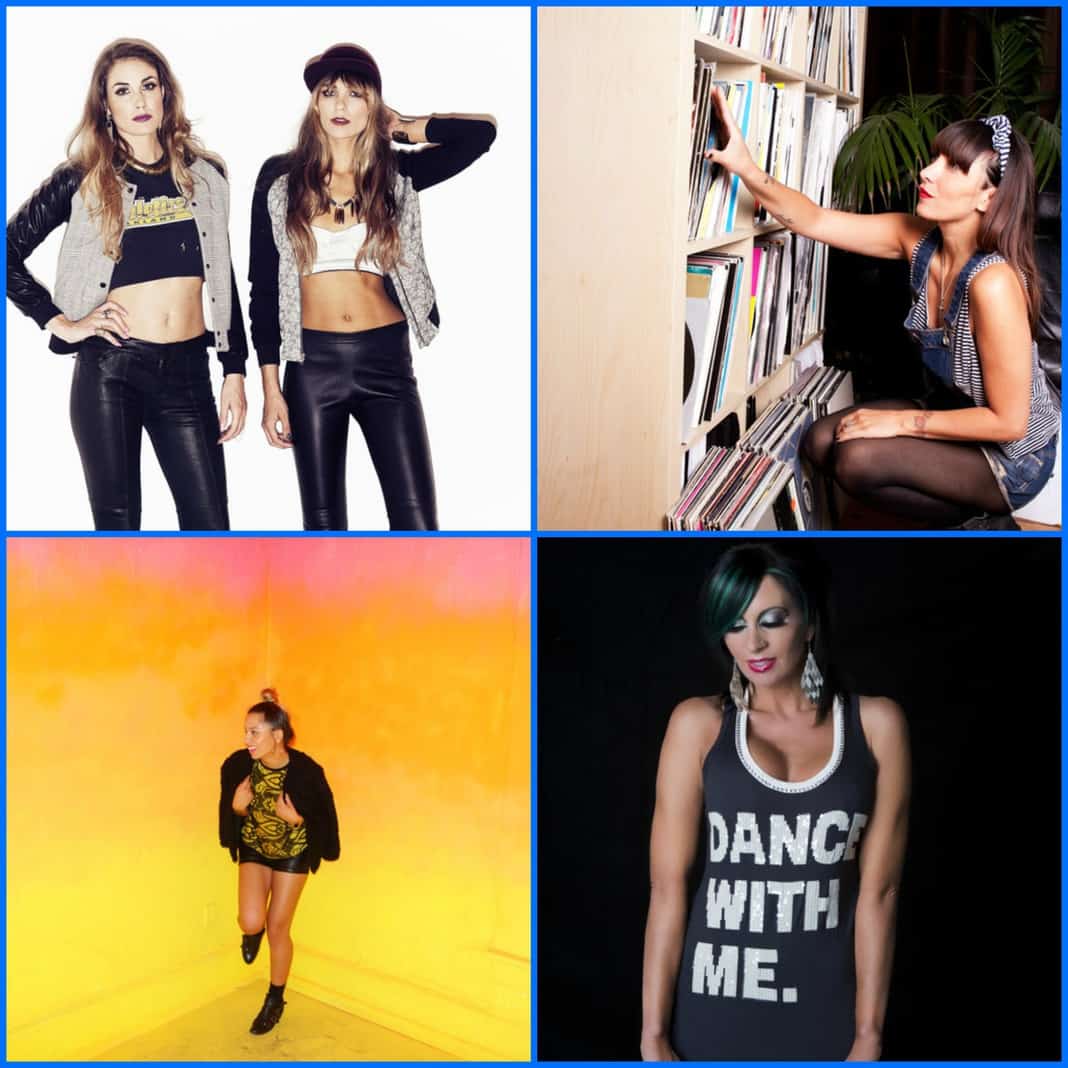 Posso
Posso is made up of two childhood friends Vanessa Giovacchini and Marylouise Pels. The name Posso was used to launch their passion for both fashion and music back in 2007. Since them both their fashion and music careers have progressed beyond their expectations. Check out their music below.


Bloody Mary
Berlin based French DJ/Producer Bloody Mary has been concurring sound waves since 2005. Gaining a residency in Studio 88, a slew of music productions, and releasing her debut album in 2009. After establishing herself as a successful DJ and producer, she launched her own music label called Dame-Music. Her label focuses on spreading techno/house worldwide with talented artist, without restricting their sound. At the end of 2012, she launched “The Jaydes” which comprises of Bloody Mary & Attan. This year Bloody Mary has been busy releasing her new album with Attan, “The Jaydes”, that includes nine tracks and creative artists. Enjoy some great techno and house below.


Jasmine Solano
Lets mix things up with Jasmine Solano. A multi-talented woman who Djs, raps, and is a new addition on MTV Iggy as a host. Her music focuses on international dancehall and electro. If you love her music, you can hear on Jasmin on Radio Lily every Tuesday from 4-6pm EST.


The Chase ft. Maggie Horn (produced by MikIX The Cat)


Lisa Lashes
A pioneer in electronic music, Lisa Lashes, hails from the UK. She has been in the electronic scene for over 15 years, and no where close to slowing down. She produced over a hundred productions, performed in countless festivals (Global Gathering, Creamfields, Nocturnal Wonderland, Electric Daisy Carniva, etc.), and was one of the first females to break the top 10 in the DJ Top 100 polls. Her sound ranges from psy-trance, techno, and progressive. These four tracks are just a little taste Lisa Lashes, but you have to start somewhere. Enjoy!