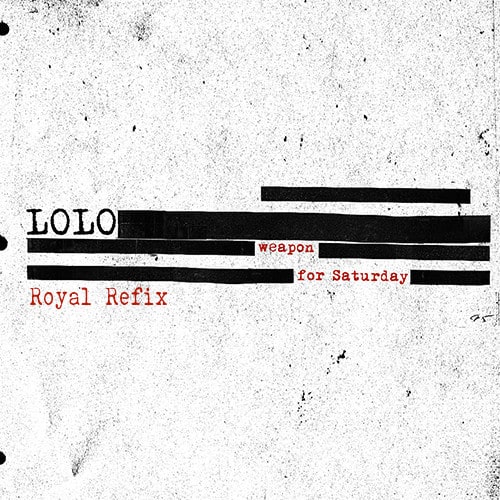 After reaching the #2 spot on the Hype Machine charts on his last remix, DC-based producer Royal is back at it again with a new edit for his listeners. This Official new refix is of “Weapon for Saturday” by Brooklyn singer LOLO. The new tune has an eerie feel to it for during the verses thanks to the backing vox [choir], piano partand the complex sound design alongside LOLO’s incredible vocals, but the real treat is when the drop comes in… The hypnotizing bells are what will initially gain your attention but the bass infused lo-fi drums are what truly turn this refix into something dope. Royal's “Weapon for Saturday” refix to me is reminiscent of Hudson Mohawke‘s earlier catalog due to the way the upcoming producer turned the original into his own crafty masterpiece of work. Take a minute to listen to Royal’s Official refix of LOLO's track below and be sure to pick up the Free Download if you like what you hear. Don't sleep on this producer, he has big moves on his plate that will come into play soon enough.