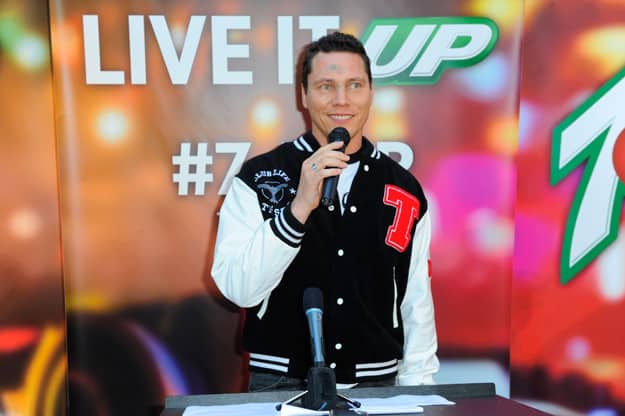 Normally you wouldn't associate a brand of soda with the EDM industry but that's all about to change this year as 7Up has launched their ‘7UP Music' blog on Tumblr for their new ‘#7x7UP' events and artists. According to their Tumblr, ‘#7x7UP' is set to include 7 DJs and 7 shows throughout the year. Tiesto, the main artist on the roster, is teaming up with 7UP in order to mentor the other 6 “Bubbling Up” DJ's which include Danny Avila, MOTi, Moska, Kaaze, The Disco Fries, and Dzeko & Torres. ”#7x7UP' will give fans access to exclusive contest and special performances from each DJ as well as access to some of the biggest festivals in 2014. You can catch all the action by following their tumblr page.