Frankie Knuckles Has Passed Away At Age 59
Advertisement 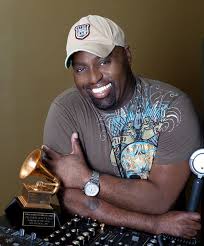 The dance music world has suffered another untimely loss, with the legendary house DJ/Producer Frankie Knuckles passing away today at the age of 59. Regarded at the “Godfather of House” from his fans, critics and DJ/Producer peers alike, Knuckles played an influential role in dance music during the 70s, where his sets of mixing disco with European electronic music were one of the first enkindlings of the dance music scene in the United States. Becoming a celebrated icon in Chicago, he would go on to open up his own club, Power Plant, and also had a street named after him in 2005.

Not much detail is known about Knuckles death, though a statement is expected soon. The news was first broke by 5 Chicago, and has been duly confirmed by close friends/colleagues of Knuckles, such as David Morales and Paul Johnson.

Below is a video of the legend in action, playing a set for Boiler Room.

While disco music is long gone, many of the elements from disco are still around. While many types of music are hard to pinpoint...

Three years ago, Chicago-based artist Theater Gates bought a 17,000 space in his native Chicago for “installations and performances.” Among the incredible pieces of...

Following the death of Chicago's legendary house producer, a mural was erected, which would stand strong, well over the past year. However, after lasting...