Shazam's Data Base Gets Even Bigger Thanks to Juno Records
Advertisement 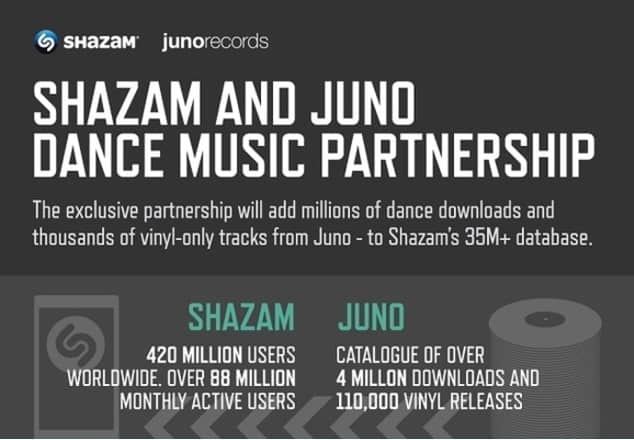 Music-tagging app Shazam, most popular for it's insane ability to identify almost any & every song/band by simply holding your phone in the direction of the speakers, has announced a new collaborative deal with one of the world’s largest online dance music catalogs [specializing in Vinyl], Juno Records. This agreement will make Shazam's database even larger then it already is, meaning it will now know even MORE music than it already does. This connection is a great look for Shazam as a company.