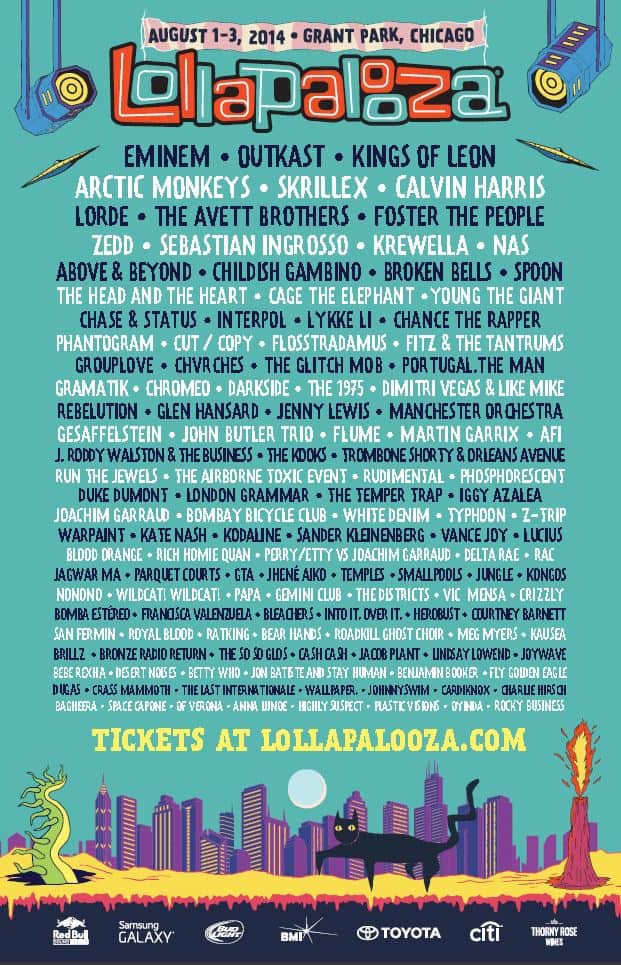 Just hours ago, the official lineup for Lollapalooza 2014 was announced! As usual, it will be held in Grant Park – Chicago, IL. EDM artists will be making a heavy attendance this year with artists such as Skrillex, Calvin Harris, Zedd, Sebastian Ingrosso, Krewella, Above & Beyond, Flosstradamus, and The Glitch Mob to name a few.

The great thing about Lolla is the diversity in music (except for Country, sorry folks, no Eric Church this year). Eminem, Kings Of Leon, the return of Outkast, Lorde, Childish Gambino, and The 1975 are all included in the lineup for 2014! This is one of the larger lineups numbers wise over the past few years, so expect a huge attendance and fast ticket sales.