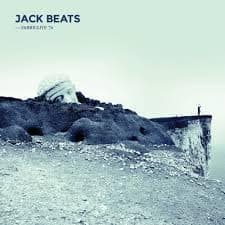 Beni G and Plus One were master DJ's in their own right before ever combing forces as the fidget house duo Jack Beats. Plus One of the Scratch Perverts and Beni G of the Mixologists both were winning technical competitions before many of the EDM generation were out of diapers. The duo has strong ties to the legendary London club, Fabric. The club was voted #1 in the world by the prestigious DJ Mag poll in both 2007 and 2008 as well as #2 in 2009 and 2010. The club is best known for their monthly compilations that alternate between Fabric and Fabric Live, showcasing both established and up and coming DJ's. This past go around, Jack Beats was picked as the compilers for the album, and wow did they give it everything they had.

Fabric Live 74 was released today and is available for download on iTunes and Beatport. The duo released two new tracks on the album in addition to many fan favorites. They also included tracks by the likes of Duke Dumont, Destructo, AC Slater, Ten Walls, Will Sparks and Rudimental among many more. The album is beautifully bouncy and deep as it traverses exactly where Jack Beats are in their career. It is sonically infectious and movement inducing. This is easily one of the best compilations out this year and in the Fabric Live series. The compilation flows seamlessly from deep house, to fidget, to electro, and back. This is a must own for your personal collection. Take a listen to the mini promo mix Jack Beats made for the album, and pick up your copy in stores or via iTunes today.

In this article:Fabric Live 74, Jack Beats

Following a string of successful events, CRSSD Fest has established itself to be the premier house and techno biannual event in San Diego. Set...

Jack Beats Bring Their ‘Work It’ Tour To The U.S.

London-based duo Jack Beats are back with two fresh tracks, ‘Work It’ and ‘Intermission’ which are on the aptly named ‘Work It’ EP. The...

If you haven't had a chance to listen to Jack Beat's newest set, you're missing out. The London duo threw down an unbelievable NYE set...