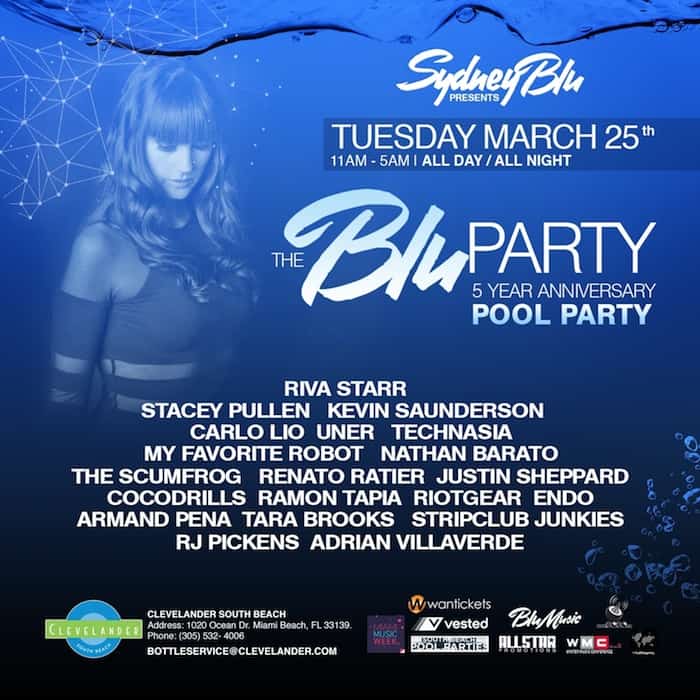 We are giving away a pair of tickets to Sydney Blu’s 18-hour Blu Party in Miami on March 25, 2014. This is the fifth year anniversary for Blu’s infamous Blu Party. It will include some of the best names in tech house, including ‘EAT SLEEP RAVE REPEAT’ producer Riva Starr.

You can purchase your tickets HERE or enter below to have a chance to win a pair of tickets. This giveaway will end on Mar. 21st @ 2PM EST and the winner will be notified soon after.

In this article:Sydney Blu, WMC

In 2019, Miami will see the rebirth of one of its most iconic brands, a conference that helped give birth to an entire industry...

The Chainsmokers Do it For the Day Ones at Ultra 2018

With Memories Do Not Open fresh off the IDMA best Album of the Year charts, we thought for sure The Chainsmokers would be coming...

As you can see through our lack of time to cover literally ANYTHING about ANYTHING onther than Miami Music Week, the time is upon...