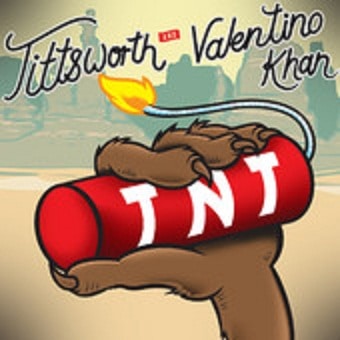 “Tits & Tino” huh? Tittsworth and Valentino Khan have teamed up to produce this hyped-up electro house track entitled ‘TNT'. This track was released today on Soundcloud only to be listened to and is set to be released on March 4 through Dim Mak Records. The song has a pretty unique sound with mixed feedback coming from the fan‘s comments. While many people are enjoying the song from the two talented artists some are leaving negative responses such as, “Nahh. Don't like it” or “A little bit too much”. I want to know what you guys think. Too much or just right?
Listen and comment below:

In this article:tittsworth, Valentino Khan

After supplying the dance music community with one of the hottest remixes of the year with French producer Malaa's take on Alison Wonderland &...