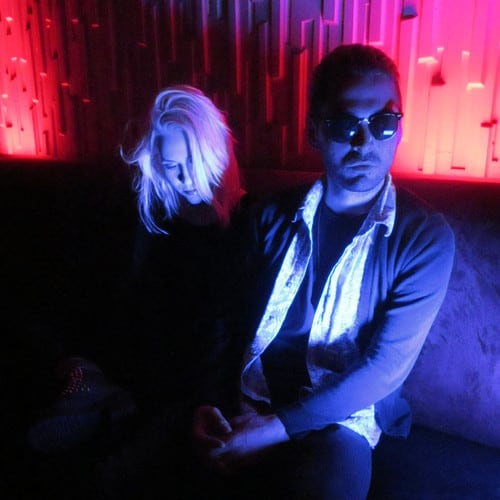 When we think of Miami, we instantly think of good times in the sun, daytime pool party DJ sets, lavish bottle service, etc. However, the Miami-based synthpop outfit, Jean Jacket (pun intended) , decided that enough cheeriness was represented in the sunny city, and opted towards making EDM stand for Emotional Despair Music in their interpretation.

Their debut single, “Super Party Cups,” is a moody and gloomy slice of indietronica that certainly contrasts the typecast flavor of electronic music that Miami is associated with — outfitted with dark synths, distorted bass, and a choppy guitar-line that invokes an 80s-era feel. Frontman Harlowe G.’s vocals start off heavily vocoded, though his unvocoded vocals in the other verses and choruses do a fantastic Job further amplifying the forlorn atmosphere of the song. EDM Sauce was able to premiere the Music Video for “Super Party Cups,” which, at first, portrays a typical electronic music video of a club scene, but later contains a tragic twist.

Jean Jacket is a fresh face on the scene of indie/alternative dance music, and their debut self-titled album is set to release on March 25. Expect it to be filled with dark vibes just like “Super Party Cups.”