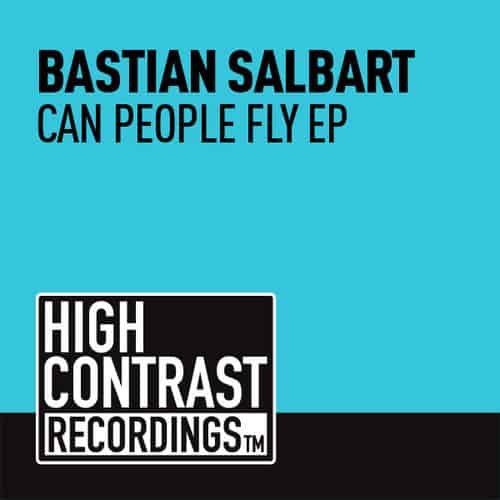 Did you know that not all freshman producers start off making progressive house or trap? Crazy, right? But Bastian Salbart, the new kid on the block of Poland's trance scene, is proof of that. With only a handful of releases under his belt, Salbart's newest addition to his budding discography is his Can People Fly EP, signed to High Contrast Recordings/Be Yourself Music. The two songs on the EP, “Can People Fly” and “Yes We Can,” not only complement each other in title, but also in sound.

“Can People Fly” is a display of Salbart’s trance side, and though it doesn’t run at a tempo of 138 bpm (much to the chagrin of trance purists), its spacey, out-of-this-world melody is the dominant element that earns the track its seat in the trance genre. The strong, buzzy electro basslines in the verses will appeal to those that may feel like trance doesn’t have enough power for their tastes, and the euphoric breaks should help express to those people that the characteristics of trance are nothing to discriminate, but rather, appreciate.

For the other track, “Yes We Can,” Salbart creates a dark, proggy vibe that sounds akin to what Markus Schulz’s Coldharbour Recordings looks for in a tune – too bad they didn’t get their hands on this track! The shadowy bassline guides the song’s melody, while reverbed percussion tones, backing synths, and ominous chopped-n-reverbed female vocal samples further amplify the dark overcast of the song. As the break comes, pads and a delayed Synth clear the darkness, and the epic lead melody strongly enters, acting like the glowing moon shining atop the nocturnal-inspired vibe of the track.

You can purchase Bastian Salbart's Can People Fly EP on Beatport.